Workers Will Get a Raise Today — or Will They?

The legal minimum wage will increase in 20 states today. The Wall Street Journal news story on that fact starts out accurately enough:

Minimum wages will increase in 20 states at the start of the year, a shift that will lift pay for millions of individuals and shed light on a long‐​running debate about whether mandated pay increases at the bottom do more harm or good for workers.

But it quickly segues into the same error that afflicts most such stories:


Wages are also going up in many Republican‐​led states, where politicians have traditionally been skeptical of the benefits of minimum‐​wage increases.


In Arizona, one out of every nine workers is slated to receive a wage increase.…So will tens of thousands of workers in Arkansas, Michigan and Ohio.…


In all, about 4.4 million low‐​wage workers across the country are slated to receive a raise because they earn less than the new minimum in their respective states.

Every one of those sentences assumes facts not in evidence. What these new laws do is ensure that no worker can be paid less than a statutory minimum. They cannot ensure that every worker with a minimum‐​wage job will still have one if his employer required to pay more. They won’t prevent employers from replacing labor with technology, such as these McDonald’s order‐​taking kiosks. 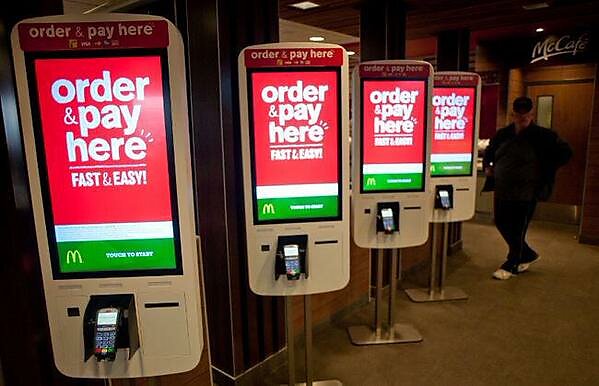 It will be a happy New Year indeed for millions of the lowest‐​paid U.S. workers.

Millions will ring in the new year — with a raise. The minimum wage is going up in 20 states and Washington, D.C. as well.

What all these chipper stories fail to take into account is the possibility that some low‐​wage workers will lose their jobs because their work just isn’t worth the new minimum wage or the employer can’t be profitable with higher costs. There’s abundant evidence that higher minimum wage laws reduce employment, especially among young and minority workers. If only Journal reporter Eric Morath had read this op‐​ed headline in the Journal a year ago:

The Evidence Is Piling Up That Higher Minimum Wages Kill Jobs

Economists have written scores of papers on the topic dating back 100 years, and the vast majority of these studies point to job losses for the least‐​skilled. They are based on fundamental economic reasoning—that when you raise the price of something, in this case labor, less of it will be demanded, or in this case hired.


Among the many studies supporting this conclusion is one completed earlier this year by Texas A&M’s Jonathan Meer and MIT’s Jeremy West, which reaffirmed that “the minimum wage reduces job growth over a period of several years” and that “industries that tend to have a higher concentration of low‐​wage jobs show more deleterious effects on job growth from higher minimum wages.”


The broader research confirms this. An extensive survey of decades of minimum‐​wage research, published by William Wascher of the Federal Reserve Board and me in a 2008 book titled “Minimum Wages,” generally found a 1% or 2% reduction for teenage or very low‐​skill employment for each 10% minimum‐​wage increase.

I hope these stories will prove accurate, that millions of low‐​wage workers will get higher wages and that the new minimum wage rates will not reduce the growth in jobs that Americans need. But I’d have to shut my eyes to economic theory and empirical evidence to believe that. In fact, you’d pretty much have to be an economics denier to believe that a mandated increase in the price of labor won’t reduce the amount of labor demanded.