Will Mattis Be a Voice of Caution at the Pentagon?

"We are going to appoint 'Mad Dog' Mattis as our secretary of defense," President-elect Donald Trump told a crowd in Cincinnati last night. He added, "They say he's the closest thing to Gen. George Patton that we have."

To be successful, James Mattis will also have to be this generation's George Marshall, and perhaps its Dwight Eisenhower and George Washington, too. 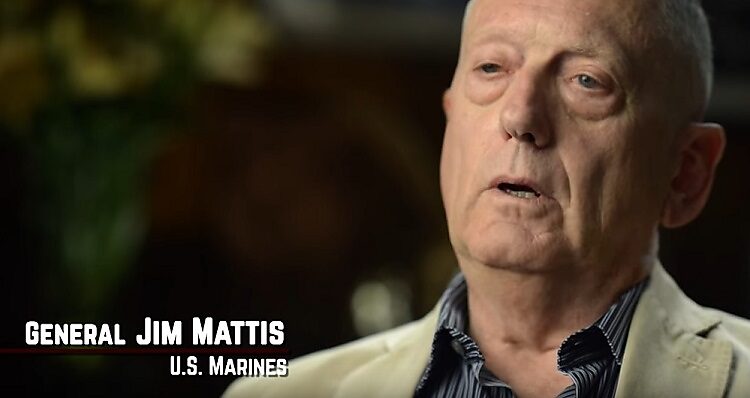 Which, of course, is impossible. The problems that afflict this nation's foreign policy are too daunting to be repaired by a single man, even one as remarkable as Gen. Mattis. But within the Trump administration he could be a critical voice of caution with respect to the wisdom or folly of the use of force going forward.

Mattis exudes a combination of toughness and thoughtfulness. His voracious appetite for reading is the stuff of legend. The "Warrior Monk" has a deep knowledge of history which could serve him well, if President Trump is inclined to listen to his SecDef.

Early signs suggest that he will. For example, during the campaign, Trump spoke blithely about bringing back torture. After the election, Mattis apparently convinced him to reconsider.

Even before Trump's announcement of Mattis as SecDef, a number of commentators despaired over the president-elect's apparent fixation with filling civilian offices with military officers. This included several people who admitted to loving Gen. Mattis. The principle of civilian control, they explained, is more important than any one man.

I share those concerns. I'm particularly worried that the one common trait among the officers that have caught Trump's eye is their willingness to challenge their commander-in-chief at the time, Barack Obama. It seems unlikely that Trump will value that same independent spirit when he's in charge.

On the other hand, as public trust in a number of institutions has cratered, respect for the military remains high. This is true despite the fact that the public also senses that our wars haven't served the country's interests. In other words, Americans are holding accountable the civilians that sent the country to war with dubious rationales, not the men and women in uniform who have answered the call. Up this point, Mattis has been on the receiving end of these orders. Going forward, he would be the one giving them, or at least advising those who do.

In addition, in my experience, men and women who have served in the military are less likely to support military interventions than those who have never worn the uniform. They are especially wary of wars fought for questionable reasons, or where the means don't align with the ends. Robert Gates commented on this in his memoir, From the Shadows, long before his tenure as Secretary of Defense (H/T Micah Zenko).

There are exceptions, to be sure: John McCain and Tom Cotton, both combat veterans, remain strong advocates of the use of force. Both have called for American no-fly zones over Syria, and Cotton claimed that war with Iran would only take "several days." I have no idea whether Jim Mattis is more like them, or more like Gens. Zinni, or Shinseki, or a number of other generals who quietly (or not so quietly) questioned the wisdom of invading Iraq in 2002.

However, within the small circle of foreign policy advisors in any given administration, the president is most likely to hear from those making the case for action -- recall Madeleine Albright during Bill Clinton's administration, or Hillary Clinton during Obama's first term. That is why it is so important for any administration to have a strong contingent of intervention skeptics, or at least a few people who are willing to ask tough questions.

A brief clip near the tail end of the documentary "American Umpire" (starts at 46:34) suggests that James Mattis, if confirmed as the country's next Secretary of Defense, could play that role.

As I look back over these wars since World War II -- Korea, Vietnam, Iraq, dare I say Afghanistan, stick Somalia in there somewhere, other expeditions -- when America goes to war with murky political end states, then you end up in a situation where you are trying to do something right, but you're not sure if it's the right thing. And suddenly you end up with a situation where the American people say "what are we doing here?" And "what kind of people are we that we do this sort of thing?"

If you don't know what it is that you're going to achieve, then don't be surprised that eventually you've wasted treasure, lives, and the moral authority of the United States.