Art Laffer has a guaranteed spot in the liberty hall of fame because he popularized the common-sense notion that you can’t make any assumptions about tax rates and tax revenue without also figuring out what happens to taxable income.

Lot’s of people on the left try to denigrate the “Laffer Curve,” but it’s worth noting that even left-wing economists now admit that you don’t maximize revenue with a 100 percent tax rate.*

Indeed, I think the only people who now cling to that absurd view are the bureaucrats at the Joint Committee on Taxation.

But this post isn’t about the Laffer Curve. It’s about a disappointing column that Art Laffer wrote last week in the Wall Street Journal.

The issue is whether states should have the power to impose taxes on sales that take place outside their borders. Art starts the column with a very good point about the link between growth and living standards.

After enjoying an average growth rate above 3.5% per year between 1960 and 1999, Americans have had to make do with less than one-half that pace since 2000. The consequences are already dramatic and will become even more so over time. Overall we are 20% poorer today than we would be had the pre-2000 growth rate persisted.

That’s a great point. I’ve also tried to get people to focus on the importance of long-run growth. 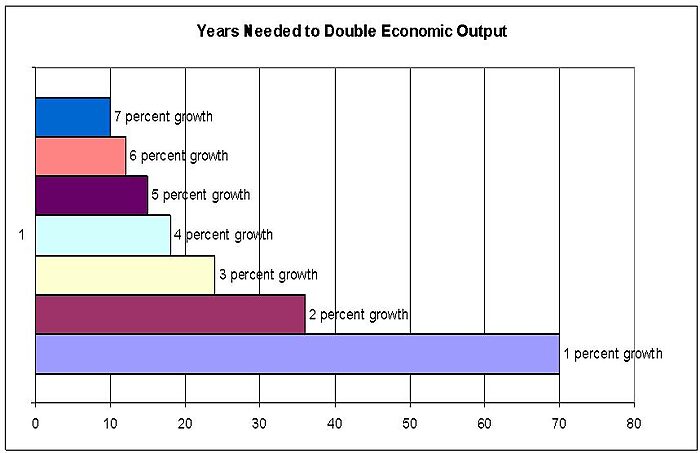 The principle of levying the lowest possible tax rate on the broadest possible tax base is the way to improve the incentives to work, save and produce—which are necessary to reinvigorate the American economy and cope with the nation’s fiscal problems.

But he then asserts that an Internet sales tax cartel somehow will result in better policy.

…there are reforms that can alleviate the problems associated with declining sales-tax bases and, at the same time, allow the states to move closer to a pro-growth tax system. One such reform would be to have Internet sellers collect the sales taxes that are owed by in-state consumers when they purchase goods over the Web. So-called e-fairness legislation addresses the inequitable treatment of retailers based on whether they are located in-state (either a traditional brick-and-mortar store or an Internet retailer with a physical presence in the state) or out of state (again as a brick-and-mortar establishment or on the Internet). …The exemption of Internet and out-of-state retailers from collecting state sales taxes reduced state revenues by $23.3 billion in 2012 alone, according to an estimate by the National Conference of State Legislatures. The absence of these revenues has not served to put a lid on state-government spending. Instead, it has led to higher marginal rates in the 43 states that levy income taxes.

This is a very disappointing collection of sentences. Let’s review.

For more information on why a sales tax cartel among the states would be a bad idea, here’s my short speech to an audience on Capitol Hill.

*This should be an obvious point, but I can’t resist emphasizing that maximizing revenue should not be the goal of fiscal policy.