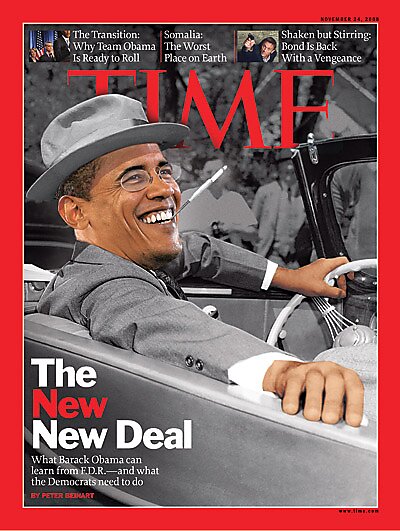 Back in 2008 Time depicted President‐​elect Obama as a new FDR, delivering the country a “new New Deal.”


In today’s Britannica column I have some thoughts of my own about Ryan, the Republicans, and the New Deal state:

In 1960 Sen. Barry Goldwater called the policies of the Eisenhower administration “a dime store New Deal”—a promise to deliver to the voters everything the Democrats promised, but at a discount. And that has been a fundamental dividing line in the Republican party ever since: Should the GOP challenge the Democrats’ fundamental commitment to an ever‐​bigger federal government, or only promise to deliver services more efficiently and at lower cost to taxpayers?… 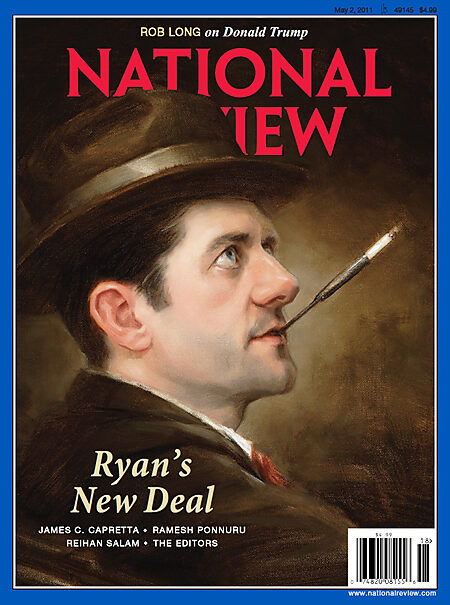 Paul Ryan’s budget doesn’t really eliminate anything the federal government does. He’d still have the federal government taxing us to pay for Social Security, Medicare, Medicaid, farm subsidies, and troops in a hundred countries. (He does propose to privatize Fannie Mae and Freddie Mac, so that’s one actual reduction in the scope of the federal government.) As big‐​government conservative David Brooks writes, “it is a serious effort to create a sustainable welfare state.”