Who Was the First Woman to Receive an Electoral Vote?

Depending on your age, you may think the answer to that question is Kamala Harris, Hillary Clinton, Sarah Palin, or Geraldine Ferraro. But in fact the first woman to receive an electoral vote, 12 years before the historic nomination of Ferraro in 1984, was Theodora (Tonie) Nathan, the 1972 Libertarian Party vice presidential nominee.

Tonie Nathan was a radio‐​television producer in Eugene, Ore., when she attended the first presidential nominating convention of the Libertarian Party in 1972. She was selected to run for vice president with presidential candidate and philosophy professor John Hospers. Although the ticket received only 3,671 official votes, Virginia elector Roger L. MacBride chose to vote for Hospers and Nathan rather than Nixon and Agnew, thus making Nathan the first woman in American history to receive an electoral vote. MacBride, an author and former legislator, had been elected on the Republican slate. As I wrote in Liberty magazine when he died in 1995, “MacBride became a ‘faithless elector’—faithless to Nixon and Agnew, anyway, but faithful to the constitutional principles Rose [Wilder] Lane had instilled in him.”

It is a shame that her historical status for the advancement of woman’s role in what had been entirely a man’s world has been little noted or long remembered, mostly I suspect because the Libertarian Party is not much respected by institutional feminism (though it should be). 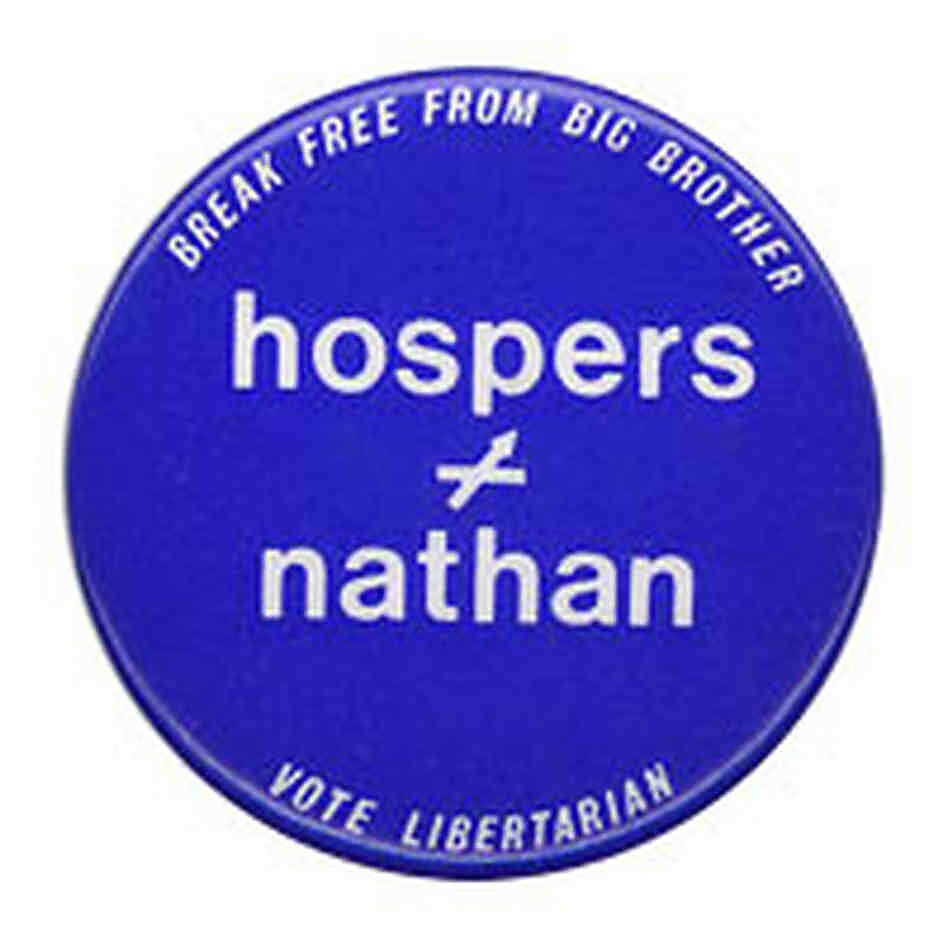 Nathan was also the first Jewish person to receive an electoral vote.

After her vice‐​presidential run, she ran for office as a Libertarian candidate during the 1970s through the 1990s for numerous offices, vigorously though never successfully. In the 1980 U.S. Senate election in Oregon, Nathan participated in three statewide television debates with incumbent Bob Packwood (R) and then–state senator Ted Kulongoski (D). She served as national vice‐​chair of the Libertarian Party, and at the 2012 Libertarian National Convention she announced former New Mexico governor Gary Johnson as the presidential nominee. She founded the Association of Libertarian Feminists in 1973 and served as its chair. Tonie Nathan died in 2014 at the age of 91.