Damon Root points out that the Center for American Progress has a particularly one-sided view of "The Progressive Tradition in American Politics." [.pdf]  To add to what Root is saying, my view is that American politics is essentially tribal warfare and an important factor in tribal warfare is the cohesion of the tribes.  One way to accomplish this is by romanticizing history to create a powerful identity with which the tribesmen want to associate themselves.  A political movement needs heroes, villains, narrative.  But CAP's account of the Progressive movement's history is remarkably one-sided.

When I ticked over to CAP's "Progressive Tradition" document [.pdf], I looked to see whether they included Wilson's 1916 reasoning that it was "in order to keep the white race or part of it strong to meet the yellow race -- Japan, for instance, in alliance with Russia, dominating China -- [that made it] wise to do nothing" with respect to the war in Europe.  They did not.  In fact, the authors select the passive voice for describing Wilson's slapdash diplomacy that sucked America into the war: "In his second term, he became preoccupied with international affairs due to the U.S. entry into World War I."  This phrasing makes it sound like "the U.S. entry" was an act of God, not an act of Wilson.  Moreover, if someone without any prior knowledge read the document they would be painfully unaware that the reason Wilson "became preoccupied with international affairs" was because he got us into a war. 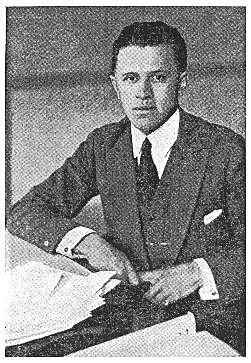 What about the Committee on Public Information, a government propaganda machine that made George Bush look like Glenn Greenwald?  The CPI worked in concert with (no kidding) the "Boy Spies of America" to root out insufficiently pro-war thinking.  CPI's perhaps most metaphysical pronouncement was that U.S. entrance to the Great War was, in fact, "a Crusade not merely to re-win the tomb of Christ, but to bring back to earth the rule of right, the peace, goodwill to men and gentleness he taught."  What about Roosevelt's puffed-up belligerence, again foreshadowing Bush, in stating that "He who is not with us, absolutely and without reserve of any kind, is against us, and should be treated as an alien enemy"?  What about the Palmer Raids, named for ur-Progressive and Attorney General A. Mitchell Palmer, wherein the U.S. Government ransacked union halls and homes, snatched up prisoners and held them without access to counsel or courts, and engaged in mass, summary, and unilateral deportations?  Not a word.

As to the Red Scare more generally, the best the authors can do is to shrug that as Wilson's "general intolerance of dissent during World I became exacerbated by fear of the 1917 Russian Revolution, he played a central role in promoting the Red Scare of 1917-20.  The Red Scare made domestic activism a target of both police suppression and nativist sentiment, producing an atmosphere hardly conducive to the cause of progressive reform."  Is that supposed to be a denunciation?

In contrast to all this obfuscation and equivocation, poor Warren Harding comes in for a soaking for having produced "a sharp increase in racial violence and the rise of the Ku Klux Klan, new restrictions on immigration, rises in protective tariffs, increases in economic concentration, and tax cuts for the rich."

Imagine if a conservative group came out with a history of American conservative thought that expressly linked modern American conservatism to the political thought of, say, John C. Calhoun, with only mealy-mouthed "to be sure" language like that used by CAP with respect to Progressivism.  Lefties would be outraged, and rightly so.  Will CAP clear the air on the Progressive movement's history of racism, imperialism, executive supremacism and contempt for civil liberties?  I bet I know the answer.