Where are the ‘60s Hippies Now that They’re Needed to Fight Keynesianism?

Keynesian economic theory is the social science version of a perpetual motion machine. It assumes that you can increase your prosperity by taking money out of your left pocket and putting it in your right pocket. Not surprisingly, nations that adopt this approach do not succeed. Deficit spending did not work for Hoover and Roosevelt is the 1930s. It did not work for Japan in the 1990s. And it hasn’t worked for Bush or Obama. 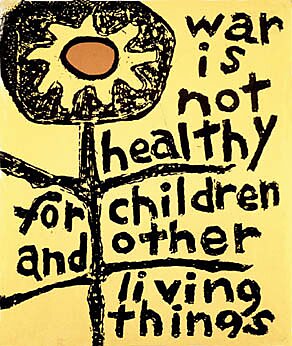 The Keynesians invariably respond by arguing that these failures simply show that politicians didn’t spend enough money. I don’t know whether to be amused or horrified, but some Keynesians even say that a war would be the best way of boosting economic growth. Here’s a blurb from a story in National Journal.

America’s economic outlook is so grim, and political solutions are so utterly absent, that only another large‐​scale war might be enough to lift the nation out of chronic high unemployment and slow growth, two prominent economists, a conservative and a liberal, said today. Nobelist Paul Krugman, a New York Times columnist, and Harvard’s Martin Feldstein, the former chairman of President Reagan’s Council of Economic Advisers, achieved an unnerving degree of consensus about the future during an economic forum in Washington. …Krugman and Feldstein, though often on opposite sides of the political fence on fiscal and tax policy, both appeared to share the view that political paralysis in Washington has rendered the necessary fiscal and monetary stimulus out of the question. Only a high‐​impact “exogenous” shock like a major war — something similar to what Krugman called the “coordinated fiscal expansion known as World War II” — would be enough to break the cycle. …Both reiterated their previously argued views that the Obama administration’s stimulus was far too small to fill the output gap.

Two additional comments. First, if Martin Feldstein’s views on this issue represent what it means to be a conservative, then I’m especially glad I’m a libertarian. Second, Alan Reynolds has a good piece eviscerating Keynesianism, including a section dealing with Krugman’s World‐​War‐​II‐​was‐​good‐​for‐​the‐​economy assertion.