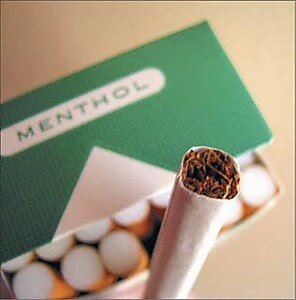 No, that's not the name of a new TV series. We should be so lucky.

It's actually a good description of the government's approach to tobacco.

Instead of letting adults make up their own minds about costs and benefits of risky choices (which includes most things in life, such as crossing a street and eating a cheeseburger), nanny-state officials have decided to investigate menthol-flavored cigarettes. And since the Food and Drug Administration has been given authority over the tobacco industry and since the FDA's supposed purpose is to ensure drugs are "safe and effective," that almost certainly means this latest campaign will lead to either further restrictions on free speech or outright bans.

Here's a blurb from the Wall Street Journal:

Congress last year added the tobacco industry to the FDA’s regulatory mix and today a panel of health experts making up the agency’s new Tobacco Products Scientific Advisory Committee is kicking off a two-day meeting. First on the agenda: how menthol flavoring in cigarettes affects smokers’ habits. Small wonder that menthol is getting early attention, says the New York Times, which notes menthol butts account for almost a third of the $70 billion U.S. cigarette market.

After more meetings, the advisory panel will send recommendations to the FDA, which could eventually decide to ban menthol products or take steps to curtail their marketing.

One can only wonder how far down the slope we will slide. There already are attacks against fatty foods and sugary soft drinks. Both provide pleasure to many people, but that no longer means much in Washington. Will regulators, either at the FDA or elsewhere, eventually decide that anything linked to obesity must be regulated and/or taxed?

And now that government is going to pick up the tab for an even larger share of health costs, how long before the politicians use obesity-related costs as a major justification for further efforts to control our private lives? Maybe some day we will have a Federal Health Police to enforce daily exercise mandates? I better stop now before I give them any ideas.