On What Larger Theory Is Neoconservatism Based?

There have been some interesting writings coming out of AEI’s new Center for Defense Studies recently. On Friday, Daniel Blumenthal offered some thoughts on China. In the course of making the case that Chinese leaders should realize that we are not trying to contain China, he wrote the following: 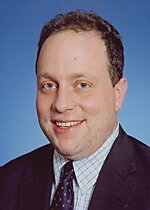 If countries acted in accordance with rational actor theories of political science, the Chinese would be pretty well assured that we are not going to contain it. We have made clear across administrations that we welcome China’s rise as a great power and urge it to act as a responsible one.


But countries do not act in accordance with political science theories.

Later in the piece, he wrote the following:

China is not the only country that is rising. So is India. But we do not worry about India’s rise. That is because India is a democracy. Almost everything it does is transparent to us. We share liberal values with India, including the desire to strengthen the post‐​World War II liberal international order of open trade and investment and the general desire among democracies to settle internal and external disputes peacefully and democratically. The fact that China is not a democracy matters greatly as it rises. It makes its rise more disruptive as countries have to divine its intentions and observe the gap between its rhetorical policy of a “Peaceful Rise” and some of its actions that are inconsistent with a peaceful rise.

Wouldn’t it be nice if China got on board with all the post‐​modern, feel‐​good notions about international politics put forth by the Obama Administration? In the 21st century, says the Obama team, all countries have common interests in confronting transnational issues like climate change and proliferation. Sorry guys, those who lead China think 21st century international politics will look more or less like it did in the past. They favor good old fashioned power politics. Unfortunately for Obama, that forces us to do the same.

With respect to India, the theory he is expounding is called “liberalism” in IR jargon. This theory places the causes of war at the so‐​called “second image” level: wars occur because some states are bad and their badness causes them to do bad things. India being a good (democratic) state means we should be friends with it. (There is another variant of liberalism that centers on international institutions, which is mostly but sometimes not bound up with the democracy‐​focused version.)


In the latter paragraph about China, Blumenthal looks like he’s dropped liberalism and glommed onto traditional balance‐​of‐​power realism: that is, as a state’s power grows it wants more influence at the international level; positions in the balance of power change in a zero‐​sum fashion; as China grows richer it will seek a larger security role and we will not want to afford it such a role. “Good old fashioned power politics,” as Blumenthal calls it.


What’s most curious is Blumenthal’s seeming desire to dismiss the very idea of political science theories. My colleague Ben Friedman has dealt with this concept before, noting

efforts to weigh the costs of war inevitably involve theories of how the world works. As my Professor Steve Van Evera likes to point out, foreign policy makers can use good or bad theories to guide their actions, but if they attempt the slightest foresight, they cannot have none. In other words, there is no such thing as foreign policy without foreign policy theory.

That is, without a theory about how the world works, we would be simply paralyzed by the prospect of issuing advice on foreign policy.

the real, underlying point of not only this particular piece but his views more generally is one connected to his own particular brand of conservative Catholicism. For Bacevich, the U.S. is too secular, too trade happy, too materialist. (”The exploitation of women” referred in his article is not, as presumably the Post editors thought, about “equal pay for equal work” but more likely about the sexual objectification of women.) You see, America is really a nation of imperfect men, marked by original sin, who have no right to take the lead globally. Our real concern should be with our own failings‐​not American preeminence.


Taking his lead from Reinhold Niebuhr, Bacevich believes we are on an utopian mission to remake the world–or, in this instance, the Muslim world; it is a program that is immoral both because it is impossible (and hence counterproductive) given human nature and because, in pursuing it, we adopt policies that chip away at our own morality. (The ends begin to justify the means, etc, etc.) The more limited our ambitions in Bacevich’s view, the less damage we do to ourselves and others.


All of which contains a kernel of truth–but only a kernel. Whatever problems we face domestically, it is just an historical fact that a broader American vision abroad has typically made us a better people at home. Nor is there any evidence that a less expansive (and hence less expensive) foreign and defense policy would free up monies that miraculously would solve a problem like poverty or second‐​rate schools. To the contrary, more government funds could well confound finding the policies that would actually help alleviate those problems. However, the larger point is that Bacevich and other conservative critics, like George Will, are standing on unsound ground when they argue that the transformative goal of the Long War is utopian. It might be long and it might be difficult but, if anything, the evidence so far suggests that the establishment of decent democratic regimes is possible in all kinds of regions and in countries with diverse cultural histories. That hardly means that failure in the Long War isn’t possible; but to hear Bacevich and others tell it, is inevitable. (emphasis mine)

The italicized portion above is just bizarre. In Schmitt’s reading, spending tax dollars on welfare or education “could well confound finding the policies that would actually help alleviate those problems.” This is a fairly straightforward conservative argument. What’s strange is that Schmitt makes the argument that while the U.S. government likely could not figure out how to improve education or the general welfare in the United States, it can parachute into faraway countries and improve the governance over there. Or it at least ought to try, since “a broader American vision abroad has typically made us a better people at home.” This is, to my mind, utterly, profoundly incoherent. I think the most important point is that we ought not to send our military overseas to kill and die so that we can be “a better people at home.” But I wonder how Schmitt’s view fits into the argument made by Brian Schmidt and Michael Williams in this article. For Schmidt and Williams, neoconservative views on foreign policy are merely an extension of their domestic policy. To wit:

A social order based purely on narrowly egoistic interests, neoconservatives argue, is unlikely to survive–and the closer one comes to it, the less liveable and sustainable society will become. Unable to generate a compelling vision of the collective public interest, such a society would be incapable of maintaining itself internally or defending itself externally. As a consequence, neoconservatism regards the ideas at the core of many forms of modern political and economic rationalism–that such a vision of interest can be the foundation for social order–as both wrong and dangerous. It is wrong because all functioning polities require some sense of shared values and common vision of the public interest in order to maintain themselves. It is dangerous because a purely egoistic conception of interest may actually contribute to the erosion of this sense of the public interest, and the individual habits of social virtue and commitment to common values that sustain it.

I am reminded of Irving Kristol’s statement that “A nation whose politics turn on the cost of false teeth is a nation whose politics are squalid.” It’s something of a parlor game in IR to debate whether neoconservatism is its own IR theory; whether it’s a theory at all, of anything; whether it’s really just liberalism; et cetera, but what would be really good to have is a clear statement that could be scrutinized on its own merit. Until then one is left guessing or, at best, turning up weird conspiracy theories about Leo Strauss and the University of Chicago on the internet.