What are Occupiers Reading?

My letter in the Washingon Post the other day suggested that the DC Occupiers would gain from reading Hayek. After all, they have voluntarily created a new community with rules and institutions akin to the spontaneous order of a limited-government capitalist society.

I haven’t yet seen copies of the Road to Serfdom when I’ve walked by the DC encampment, but Drudge is highlighting evidence that the New York Occupiers are reading the U.S. Constitution. Roger Pilon tells me that that’s a vintage 1998 Cato version of the Constitution that the hippie in the picture is holding aloft.

So you never know—numerous highly regarded libertarians started out as leftists. I admit the evidence is thin, but maybe the next Thomas Sowell is sitting right there in McPherson Square. 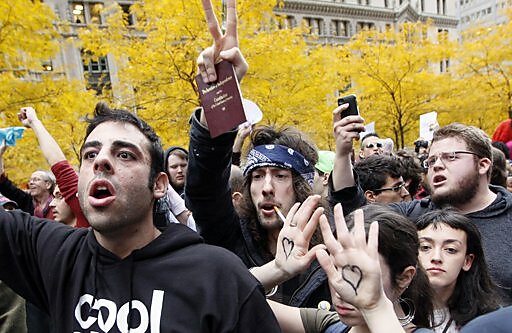