A Weekend’s Worth of Hayek Interviews 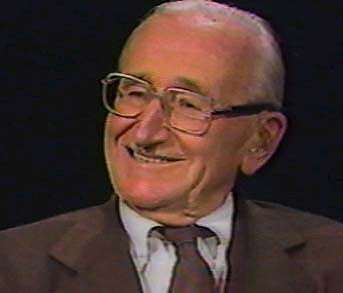 The estimable Francisco Marroquin University in Guatemala has just posted 15 hours of interviews with F. A. Hayek, conducted in 1978, four years after he won the Nobel Prize for Economics.


You know the interviewee is important when the interviewers include James M. Buchanan, Robert Bork, Armen Alchian, Axel Leijonhufvud, and Leo Rosten. Along with the streaming video, there’s a complete transcript posted. What an amazing resource! We are indebted to Armen Alchian, Bob Chitester, the Earhart Foundation, the Pacific Academy of Advanced Studies, and now Francisco Marroquin for making these interviews available.