Week in Review: No End to Spending and Regulation in Sight 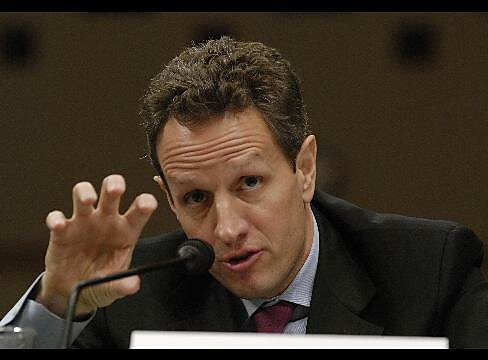 The Washington Post reports, "Treasury Secretary Timothy F. Geithner plans to propose today a sweeping expansion of federal authority over the financial system... The administration also will seek to impose uniform standards on all large financial firms, including banks, an unprecedented step that would place significant limits on the scope and risk of their activities."

What President Obama is selling is the idea that government must be the final arbiter regarding how much risk-taking is appropriate in this allegedly free market economy. It is unclear, however, whether anybody short of God is in the position to intelligently make that call for every single actor in the market.

Federal agencies have long had extensive regulatory powers over commercial banks, but allowed the banking crisis to develop despite those powers. It was a failure of will, not an absence of authority.   If the authority is extended over more institutions, there is no reason to believe we will have a different outcome.  This power grab is designed to divert attention away from the manifest failure of, first, the Bush Administration, and now the Obama Administration to devise a credible plan to deal with the crisis.

A new paper from Cato scholar Jagadeesh Gokhale explains the roots of the current global financial crisis and critically examines the reasoning behind the U.S. Treasury and Federal Reserve's actions to prop up the financial sector. Gokhale argues that recovery is likely to be slow with or without the government's bailout actions.

In the new issue of the Cato Policy Report, Cato chairman emeritus William A. Niskanen explains how President Obama is taking classic steps toward turning this recession into a depression:

Four federal economic policies transformed the Hoover recession into the Great Depression: higher tariffs, stronger unions, higher marginal tax rates, and a lower money supply. President Obama, unfortunately, has endorsed some variant of the first three of these policies, and he will face a critical choice on monetary policy in a year or so.

President Obama visited Capitol Hill on Wednesday to lobby Democratic lawmakers on his $3.6 trillion budget proposal. Both the House and Senate are expected to vote on the plan next week. 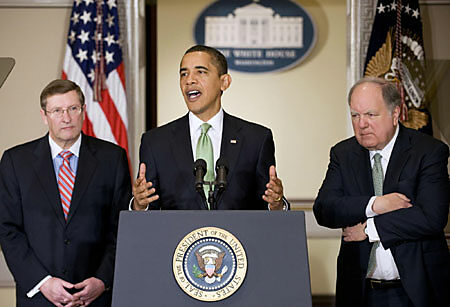 In a new bulletin, Cato scholar Chris Edwards argues, "Sadly, Obama's first budget sets a course for more government bloat, more economic distortions, and ultimately lower standards of living for everyone who is not living off of federal hand-outs."

Obama's budget would drive government health care costs up, not down. But aside from that technicality, the economics of Obama's theory don't make any sense.

Multiplying the number of government jobs did nothing then and does nothing now to revive the private sector that pays all the bills, in large part because of the depressing effect of taxes required to pay for government jobs.

Cato Institute is reaching out to new audiences with our message of individual liberty, free markets and peace. Last year, we launched our first YouTube channel, which has garnered thousands of views and subscriptions. Here are a few highlights: