The Washington Post reports, "A day after settling on the details of a nearly $790 billion economic stimulus package, congressional leaders moved to hold final votes on the plan tomorrow in hopes of sending it to President Obama to sign into law by his Presidents' Day deadline."

The House and Senate say they have agreed on a bill that will cost taxpayers $790 billion. But numbers can be deceiving, says Chris Edwards, Cato's director of tax policy studies:

A huge threat from the $800 billion stimulus plan in front of Congress this week is that much of the spending may morph into a permanent expansion of government. If the bill is signed into law, lobbyists will immediately start pressing for the long-term extension of all the new spending on health care, transportation, education and other items.

Edwards calculates the actual cost of the spending bill will be about $3 trillion. "It's madness," he says.

Cato ran a full page ad in major newspapers nationwide showing that hundreds of economists agree that reducing the burden of government is the best way to overcome the current financial crisis. Cato released an online video about the ad, which made Cato's YouTube channel the most viewed non-profit channel this week.

William Niskanen, Cato chairman emeritus and senior economist, sees no need to rush on the massive spending bill. "This is the fifth time in my adult life that the president has asked for or asserted unprecedented authority on an expedited basis with little or no congressional review," he writes. "Each of the prior occasions turned out to be a disaster."

On the campaign trail, Barack Obama promised that all non-emergency bills would sit for five days so the public could read, analyze and comment on them before he signed them into law. Surely five days won't make a difference on the spending bill, says Jim Harper, Cato's director of information policy studies. In a Cato Daily Podcast, Harper examines Obama's pledge for transparency and says Obama should post the spending bill online for the public to see before signing it.

Nat Hentoff, one of the foremost authorities on the First Amendment, has joined the Cato Institute as a senior fellow. 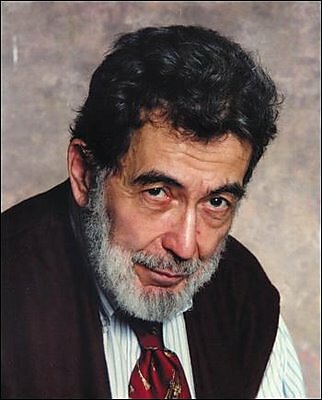 Hentoff left the Village Voice in December, where he had been a columnist for 50 years.  Hentoff's column, "Sweet Land of Liberty," has been distributed by the United Feature Syndicate since 1992.

His first article as a Cato senior fellow, "The Cost of Criticizing Jihadists," ran in the Washington Times this week.

NPR reports, "President Obama announced stricter rules on executive compensation at banks receiving 'exceptional' levels of aid from the federal government. Some executives will have their annual salary capped at $500,000. Anything above that would have to be paid in stock that won't vest until the firm has paid back its government loans."

In an op-ed in the Washington Times, Cato senior fellow Richard W. Rahn takes a closer look at government restriction of pay for executives:

The problem is that once government stops being the referee of the economic game and decides to field players of its own or give some players advantages that others do not have, the whole system begins to break down. Those who are pushing for more government involvement with, and control over, the economy are ignoring two centuries of disastrous socialist experiments and 2,000 years of failed attempts to impose price and wage controls.

To use this ridiculously irrelevant estimate to attack the character of American business leaders is the height of irresponsibility. It is shameful. Anyone who does this sort of thing ought to show some restraint and some sense of responsibility.

When it comes to salary caps for executives who accepted bailout money, senior fellow Daniel J. Mitchell says, "Sorry, guys, you asked for it."

Hundreds of people have been killed since Mexico escalated its war on drugs last year, CBS News reports. Ian Vasquez, director of Cato's Center for Global Liberty and Prosperity, comments on a report that shows frustration with the drug war among Latin Americans.

In a new policy analysis, Ted Galen Carpenter, Cato's vice president for defense and foreign policy studies, explains why the violence in Mexico poses a threat to the United States:

Abandoning the prohibitionist model of dealing with the drug problem is the only effective way to stem the violence in Mexico and its spillover into the United States. Other proposed solutions, including preventing the flow of guns from the U.S. to Mexico, establishing tighter control over the border, and (somehow) winning the war on drugs are futile.

Writing in the Houston Chronicle, Carpenter calls for President Obama to put drug violence in Mexico at the top of his national security agenda before it's too late.