I’m beginning to understand why Cato’s Michael Cannon is frequently found tearing his hair out over Politifact, the Tampa Bay Times project ostensibly devoted to “sorting out the truth in politics.” When I look at how badly they’ve botched issues involving constitutional war powers, I feel his pain.


On Friday, the fact‐​checking organization weighed in on the legal debate over President Trump’s April 6 bombing of a Syrian airfield, with two essays concluding it was A-OK, constitutionally. “In some cases, people saying Trump needed congressional approval have gone too far” Politifact’s Lauren Carroll pronounces. For instance, Rep. Marc Pocan’s (D-WI) claim that there’s “no legal basis” for the strikes rates a full‐​on, needle‐​in‐​the‐​red “FALSE” on P-fact’s patented “Truth‐​o‐​Meter.” Tom Kertscher of Politifact Wisconsin asserts that: “For limited military activities like the missile strike, presidents can send in forces without approval from Congress.” You see, while the president may not have the legal authority to unilaterally launch a full‐​scale war, he can—if he thinks it’s a good idea, and assures himself it won’t bog us down—order up acts of war that don’t rise to the level of war: a light dusting of cruise missiles—a micro‐​aggression, constitutionally speaking.


What’s the legal basis for that? Politifact takes nearly 2,000 words to explain it all to you, but their answers are pretty thin: 1. Maybe the commander‐​in‐​chief clause?; 2. Other presidents have gotten away with stuff like this in the past; 3. Their lawyers say it’s ok; and 4. the 1973 War Powers Resolution “creates a process to act first and ask for permission later.” I rate those claims 1. False; 2. Irrelevant; 3. Nice try; and 4. Pants on Fire. 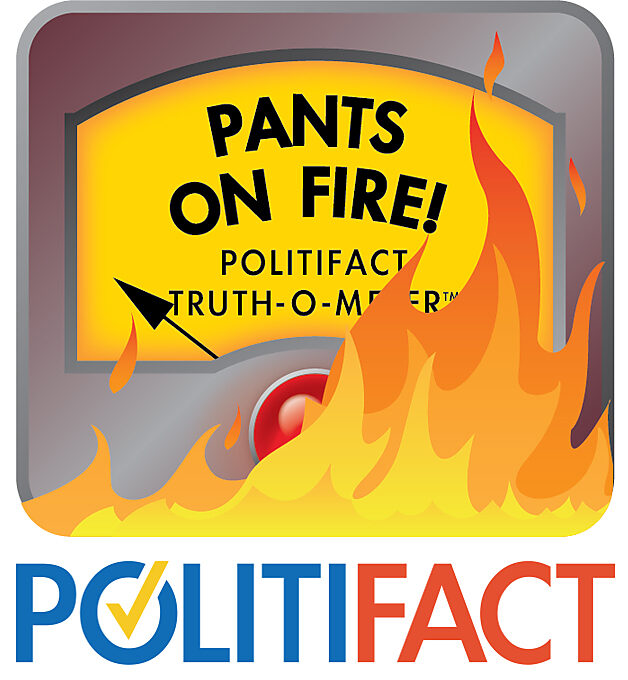 Per Kertscher, “Experts agree that in limited instances, such as the Syrian missile attack, a president has legal authority provided in the Constitution as commander‐​in‐​chief.” But that clause, as Hamilton explained in Federalist 69, merely makes the president “first General and admiral” of US military forces, and does not extend “to the DECLARING of war.” And “experts” who believe it empowers the president to launch sudden attacks in the absence of an imminent threat are in the minority. Over at the Lawfare blog, Fordham’s Andrew Kent sums up the legal consensus: “at the core of the question—under the original meaning of the Constitution, who has the power to decide to initiate foreign war, the president or Congress?,” he writes, “the weight of evidence now tilts so strongly toward one view that the debate should be considered over. Under the best reading of the original understanding of constitutional war powers, President Trump’s strike on Syria was patently unconstitutional.”


That the strike was “limited,” and not the opening salvo in a full‐​scale war doesn’t make a constitutional difference. If it did, leading war powers scholar Michael Ramsey asks, then “why did virtually everyone in the immediate post‐​ratification era think that limited naval warfare, as against France in the Quasi‐​War, required Congress’ approval?” That included the bellicose, pro‐​executive Hamilton, who acknowledged that for President Adams to go beyond defensive acts protecting American shipping would “fall under the idea of reprisals & requires the sanction of that Department which is to declare or make war.” Our first president even doubted his authority to take unilateral action against hostile Indian tribes, writing that “The Constitution vests the power of declaring war with Congress; therefore no offensive expedition of importance can be undertaken until after they shall have deliberated upon the subject, and authorized such a measure.”

As Politifact notes, modern presidential practice isn’t nearly so restrained: in the modern era, “presidents have generally initiated military activities using their constitutionally granted powers as commander in chief.” But the fact that they’ve mostly gotten away with unilateral warmaking says nothing about whether those powers were in fact “constitutionally granted.” A long train of abuses is just that–it doesn’t add up to a constitutional “common law of bombing.” As George Washington Law School’s Jonathan Turley has noted, the notion that misbehavior or negligence by the political branches alters the meaning of the constitutional text “would be viewed as wildly improper in other areas like police abuse under the Fourth Amendment or censorship under the First Amendment.” Erosion of the Constitution’s war powers provisions should be viewed the same way. At the Pennsylvania ratifying convention in 1787, James Wilson summed up the logic behind the constitutional war powers framework: “This system will not hurry us into war; it is calculated to guard against it. It will not be in the power of a single man, or a single body of men, to involve us in such distress; for the important power of declaring war is vested in the legislature at large.” In the 21st century, “limited” military strikes violate that understanding, overturn that system, and raise the risk of “distress” beyond even the Framers’ fears.

“might be able to find precedent in the Obama administration’s legal justification for the 2011 U.S. intervention in Libya. The White House Office of Legal Counsel determined then that it would be consistent with the Constitution and the War Powers Resolution for Obama to take military action in Libya because it served the “national interest.” Also, the operation was intended to have a limited scope and short duration, as opposed to a full‐​on war.”

But legal memoranda from “the President’s Law Firm” aren’t “precedent” in the sense we usually mean: rulings from an independent branch. They’re too often, as in this case, post‐​hoc rationalizations for what the CINC has already decided to do, Congress be damned. Even so, OLC’s Libya memo offers poor “precedent” for a punitive strike on Syria for chemical weapons use, as Obama himself seemed to recognize when contemplating such an attack in 2013. As Charlie Savage writes in Power Wars: Inside Obama’s Post‐​9/​11 Presidency, “Obama was proposing something unprecedented—an attack on the sovereign soil of another country for the purpose of punishing an alleged war crime that had already taken place rather than to prevent an imminent atrocity; a strike without United Nations permission, without a self‐​defense claim, and without even the multilateral NATO alliance” at the United States’ side. That’s one reason Obama decided to go to Congress instead of further “stretch[ing] the boundaries of his authority.”


No it doesn’t. Read it. The WPR makes clear that the president’s unilateral powers are limited to defensive uses of force. Sec. 2(c):

The constitutional powers of the President as Commander‐​in‐​Chief to introduce United States Armed Forces into hostilities… are exercised only pursuant to (1) a declaration of war, (2) specific statutory authorization, or (3) a national emergency created by attack upon the United States, its territories or possessions, or its armed forces.

Moreover, the text underscores that the WPR doesn’t purport to add anything to the constitutional powers of the president. Sec. 8(d)2:

The 60‐​day “free pass” is, like most of our war powers problems, the product of presidential aggrandizement and congressional fecklessness–it’s not in the law.


I shudder to think that Google and Facebook have partnered with Politifact to sort out “fake news” from the genuine article. If this kind of work is any indication, they’re not up to the task.