The National Highway Traffic Safety Administration (NHTSA) says it wants to require auto makers to include vehicle‐​to‐​vehicle (V2V) communications systems in all new cars. Calling V2V “the next generation of auto safety improvements,” the agency says such devices would “improve safety by allowing vehicles to “talk” to each other and ultimately avoid many crashes altogether by exchanging basic safety data, such as speed and position, ten times per second.” 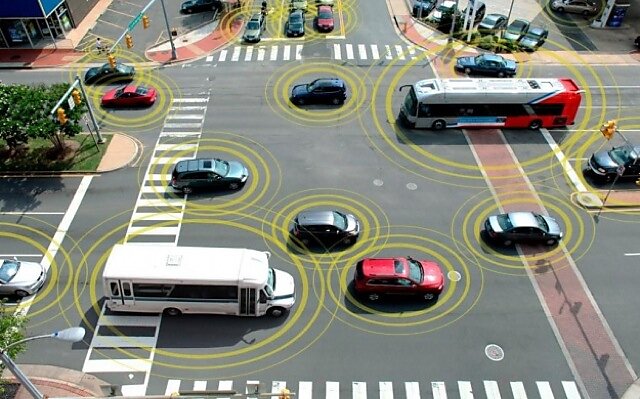 The government wants every vehicle on the road to transmit its location to every other nearby vehicle–as well as any other receivers that happen to be in range.[/caption]


Supposedly, “the system as contemplated contains several layers of security and privacy protection.” However, privacy advocates should be far more suspicious of V2V than of electronic vehicle‐​mile fee systems. The big difference between them is that V2V by definition incorporates both a receiver and a transmitter, while it is possible to design vehicle‐​mile fee systems that do not include wireless transmitters. No transmitter means no invasion of privacy is possible; on the other hand, despite whatever privacy protection is included in V2V, a transmitter necessarily allows someone to receive the signal.


Perhaps the biggest argument against V2V is that it will soon be obsolete as a safety device, so mandating that it be included in cars adds an unnecessary expense to auto buyers. According to the NHTSA, V2V will “provide warnings to drivers so that they can prevent imminent collisions” but “not automatically operate any vehicle systems, such as braking or steering.” Yet many cars on the market today, such as the Ford Fusion shown above, do this and more solely with built‐​in radar or other sensors rather than V2V transmitters. Moreover, the occupants of such cars are safer even if no other car on the road has those sensors, which isn’t true of a V2V system. 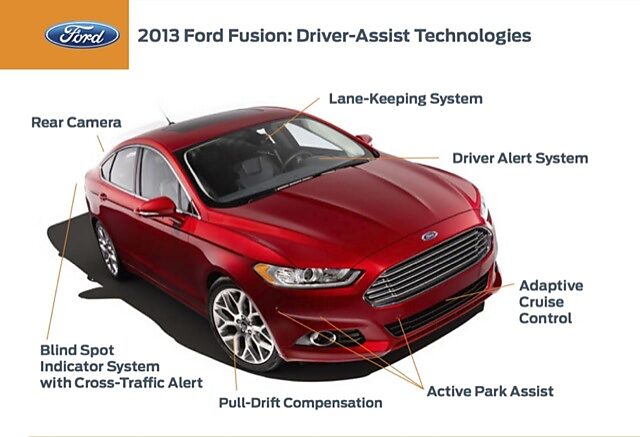 The Ford Fusion is a mid‐​priced car that has numerous built‐​in radar sensors that can detect and warn drivers of potential collisions, even braking if necessary to avoid accidents–all without V2V transmissions.[/caption]


Moreover, as contemplated by the NHTSA, V2V will not be mandated in cars before 2018 at the earliest. Yet the kind of self‐​driving cars that Nissan and other companies expect to have on the market by 2020 will use radar, infrared, lasers, or other means to detect all other vehicles on the road without transmitting any signals themselves. They would get no benefit from a wireless V2V system.


If systems that are already being included in more and more new cars work as well, if not better, than V2V, then why have V2V at all? It is worth noting that self‐​driving cars are coming from the private sector, while the National Highway Traffic Safety Administration has expressed a go‐​slow attitude. Meanwhile, the push to mandate V2V comes from government agencies, both here and in Europe. I suspect governments are more interested in technologies that centralize transportation and communications, while private manufacturers are supporting technologies that promote decentralization.


In any case, it will be interesting to see if privacy groups protest this plan as loudly as they do proposals for vehicle‐​mile fees. Those who don’t may be using privacy concerns to cover their reluctance to paying the full cost of the roads they use. But, where VMT fees are an important step to using markets, rather than politics, to manage transportation systems, V2V is both a potential invasion of privacy and a waste of money.