Where government debt is concerned, advanced economies should be fixing the roof while the sun shines. That’s the central message of a new IMF Fiscal Monitor entitled “Capitalizing on Good Times.”


The paper entails projections based on growth forecasts and budget plans of what will happen to deficits and debt across advanced economies. And the results for the United States are not pretty. In fact, as the chart below shows, the US is now the only advanced country projected to see a rising debt‐​to‐​GDP ratio in the coming 5 years.1 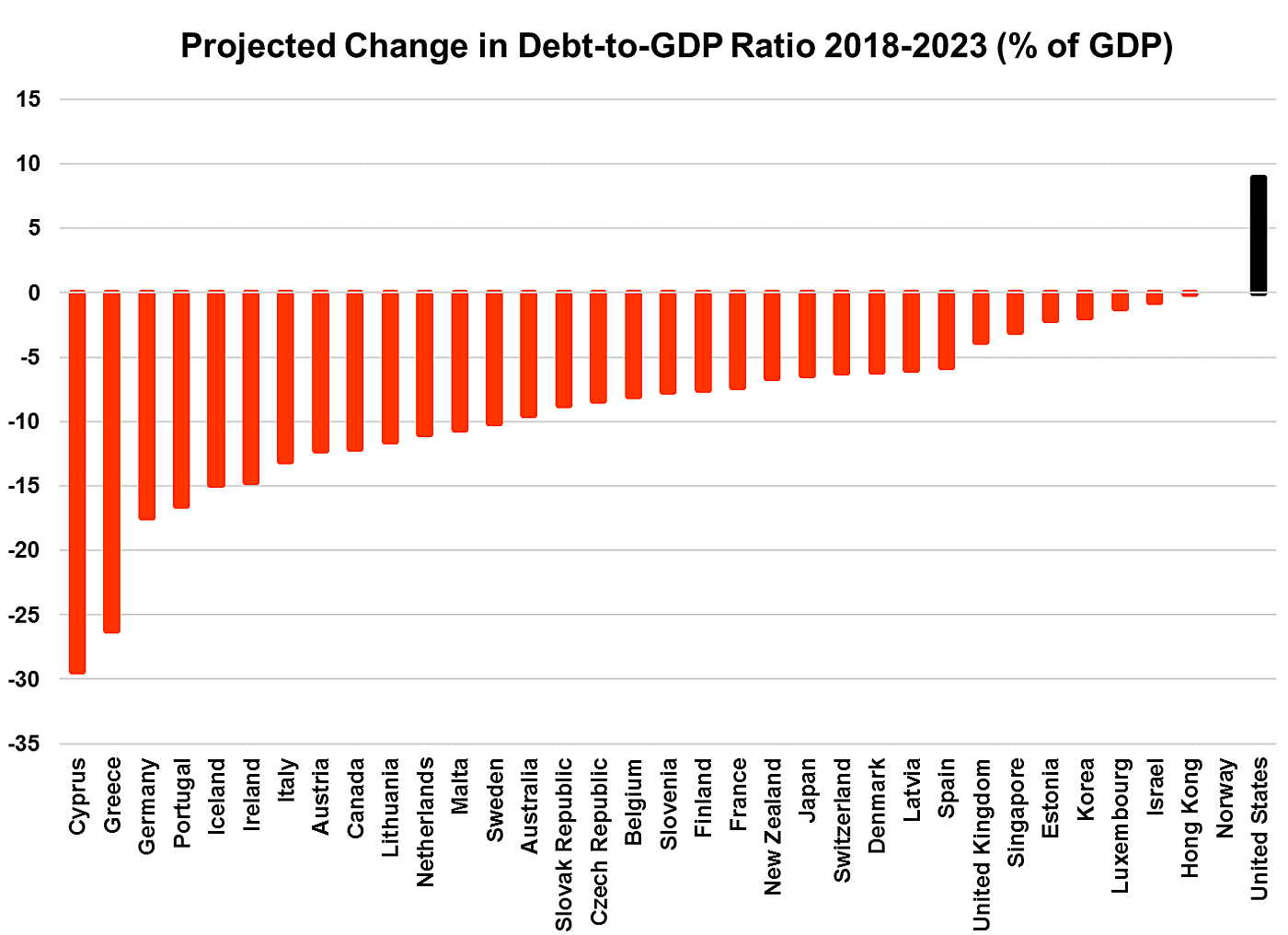 Now we have to take all this with a pinch of salt of course. For advanced economies as a whole the IMF says “the fiscal stance is expected to be mildly expansionary in 2018 and 2019, followed by gradual adjustment in outer years”. I’ll believe that when I see it. Governments around the world have a tendency to plan to be fiscally responsible in a few years’ time, without eventually delivering, and to be overoptimistic about their growth prospects (many of which, it’s worth noting, are much, much worse than the US).


But it is notable that the US is now the only country which is explicitly planning for larger budget deficits, and higher public debt to‐​GDP, over the next half decade. Hot on the heels of the CBO analysis last week, this report again shows just how unprecedented current US policy action (deliberately expanding borrowing via the tax and omnibus spending bills) and inaction (on entitlement spending) is given the favorable economic conditions.

1 The IMF uses a different definition of debt here – gross government debt – whereas figures usually reported in the media, and by the Congressional Budget Office related to public debt held by the public.