Today is that unofficial American holiday where we mourn the loss of a year’s worth of productive private resources to our bloated federal government. And it’s not just the actual dollars paid to Uncle Sam – it’s also the economic loss due to all the time and money wasted trying to comply with an increasingly complex tax code:

For an increasing number of Americans, approximately 47 percent, it might be cause for celebration as they don’t effectively pay income taxes. In fact, for a lot of Americans April 15th has turned into a pay day. Thus, the burden of paying for a lot of the federal government’s activities is being foisted upon a shrinking base:

And those federal activities are growing:

But on this Tax Day we shouldn’t just mourn what we lost to Uncle Sam, nor should we celebrate what the federal government allowed us to gain from others. The federal budget is on an unsustainable trajectory that, if not reined in, will mean reduced living standards for future generations – whether they are effective taxpayers or not: 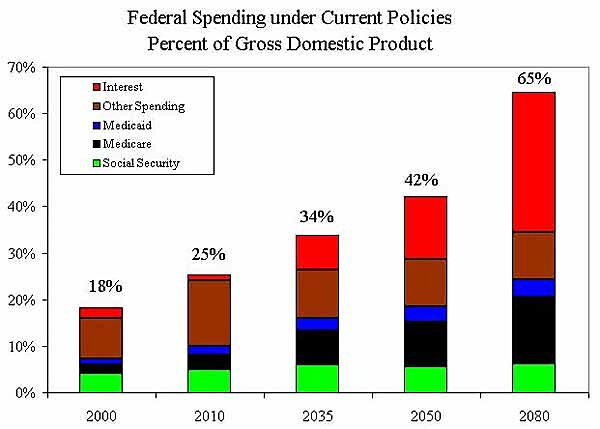