Uber and Lyft Told To Halt Operations in Pittsburgh

Yesterday ride-sharing app operators Uber and Lyft were issued cease and desist orders in Pittsburgh. The orders were granted by two judges, who were reportedly convinced by the Pennsylvania Public Utility Commission’s Bureau of Investigation and Enforcement that the two companies are a threat to public safety. The orders state that Uber and Lyft cannot operate in Pittsburgh without the Pennsylvania Public Utility Commission's approval.

The orders come less than a month after the Virginia Department of Motor Vehicles issued Uber and Lyft cease and desist orders, saying that the companies are violating state law. Uber and Lyft have both continued to operate in Virginia despite the orders.

The Pennsylvania Public Utility Commission's three major concerns regarding Uber and Lyft relate to background checks for drivers who use the app, vehicle inspections, and insurance. However, both companies already carry out strict background checks, have means by which to drop drivers with unsatisfactory vehicles, and have insurance schemes in place.

Drivers who want to use the Uber and Lyft apps to rideshare must pass background checks. Uber will not allow drivers to use its service if there are any DUI or drug offenses in the driver applicant's record in the last seven years (although California requires no DUIs in the last 10 years). Lyft will not let any driver use its service if the applicant has any DUI or drug offenses at all. The background checks used by Uber and Lyft also screen for violent and sexual offenses.

Lyft carries out an in-person inspection of vehicles before drivers can use their service. Uber's vehicle inspection is less rigorous. According to reporting from earlier this year on San Francisco drivers using UberX (Uber's ridesharing service), Uber does not do in-person inspections of vehicles and only requires drivers to send in photos of their cars. Under legislation passed last month in Colorado, which were praised by Uber and Lyft, rideshare vehicles must be inspected.

However, it is worth noting that Uber and Lyft allow for passengers to rate drivers, and both companies do drop drivers who do not maintain good ratings. It is unlikely that a driver with a dirty or unsafe vehicle is going to be able to maintain a good rating for very long without making changes.

Both Uber and Lyft offer insurance protection, which is outlined in the images below: 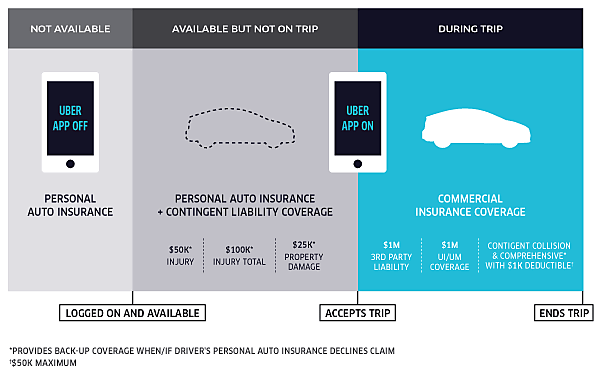 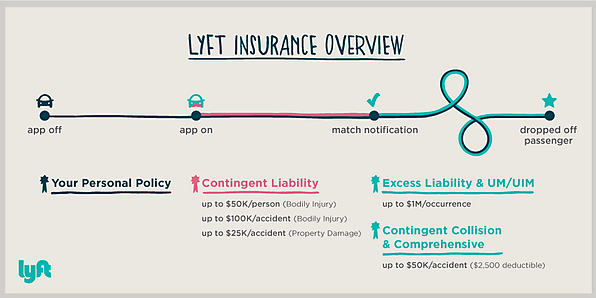 These plans may not be the same as those demanded by the Pennsylvania Public Utility Commission, but the information is freely available to Uber and Lyft passengers and drivers.

Thankfully, Uber and Lyft have an ally in Pittsburgh Mayor Bill Peduto, who tweeted the following yesterday:

We will not let PUC shut down innovation without a battle. Ride sharing is worldwide—technology does not stand still. PA PUC must change.

The growth of so-called "sharing economy" companies such as Uber, Lyft, Airbnb, and TaskRabbit highlights not only that customers like the services that they provide, but also that the economy will almost certainly become increasingly peer-to-peer as technology improves and becomes more accessible. Cease and desist orders such as those issued yesterday are the latest examples of outdated regulatory framework that is understandably failing to keep up with technology being used by innovative companies. That innovation should be welcomed, not hampered.