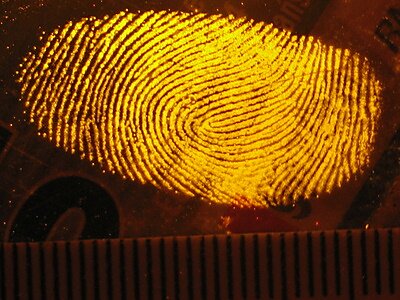 The ridesharing companies Uber and Lyft have withdrawn from Austin, Texas after voters there failed to pass Proposition 1, which would have repealed regulations requiring Uber and Lyft to include fingerprints as part of their driver background checks. This is a disappointing result, especially given that fingerprinting is, despite its sexy portrayal in forensic TV shows, not a perfect background check process and needlessly burdens rideshare companies.

Austin’s ordinances require rideshare companies to implement fingerprints as part of their background check system by February 2017. Under the rules the fingerprints would be submitted to the Texas Department of Public Safety, which would then send the records to the Federal Bureau of Investigation (FBI). As I pointed out in my Cato paper on ridesharing safety, the FBI fingerprint data are hardly comprehensive:

Some have faulted Uber and Lyft for not including fingerprint scans as part of their background checks. However, fingerprint databases do not contain a full case history of the individual being investigated, and in some instances an FBI fingerprint check may unfairly prevent a qualified taxicab driver applicant from being approved. The FBI fingerprint database relies on reporting from police departments, and other local sources, as well as other federal departments and is not a complete collection of fingerprints in the United States.

Critics of the FBI fingerprint database point to its incomplete or inaccurate information. In July 2013 the National Employment Law Project (NELP) released a study on the FBI’s employment background checks and found that “FBI records are routinely flawed.” Also, while law enforcement agencies are diligent when it comes to adding fingerprint data of arrested or detained persons to the federal data, they are “far less vigilant about submitting the follow‐​up information on the disposition or final outcome of the arrest.”

This lack of vigilance is significant because, as the NELP study goes on to point out, “About one‐​third of felony arrests never lead to a conviction. Furthermore, of those initially charged with a felony offense and later convicted, nearly 30 percent were convicted of a different offense than the one for which they were originally charged, often a lesser misdemeanor conviction. In addition to cases where individuals are initially overcharged and later convicted of lesser offenses, other cases are overturned on appeal, expunged, or otherwise resolved in favor of the worker without ever being reflected on the FBI rap sheet.”

A Wall Street Journal article from 2014 made similar findings:

Many people who have never faced charges, or have had charges dropped, find that a lingering arrest record can ruin their chance to secure employment, loans and housing. Even in cases of a mistaken arrest, the damaging documents aren’t automatically removed. In other instances, arrest information is forwarded to the FBI but not necessarily updated there when a case is thrown out locally. Only half of the records with the FBI have fully up‐​to‐​date information.

“There is a myth that if you are arrested and cleared that it has no impact,” says Paul Butler, professor of law at Georgetown Law. “It’s not like the arrest never happened.”

As R Street Institute’s Josiah Neeley has explained, Austin doesn’t prohibit taxi driver applicants who have been convicted of “a criminal homicide offense; fraud or theft; unauthorized use of a motor vehicle; prostitution or promotion of prostitution; sexual assault; sexual abuse or indecency; state or federal law regulating firearms; violence to a person; use, sale or possession of drugs; or driving while intoxicated” to work as taxi drivers provided that they have “maintained a record of good conduct and steady employment since release.”

In contrast, Uber and Lyft disqualify driver applicants if they have been convicted of a felony in the last seven years. Uber and Lyft also include features that make drivers and passengers safer than they would be in traditional taxis.

Rideshare transactions are cashless. This removes an incentive for thieves to target rideshare drivers. Taxi drivers, who make a living out of picking up strangers, on the other hand can be more reliably assumed to be carrying cash than rideshare drivers.

In addition, both the rideshare driver and passenger have profiles and ratings. The rating system provides an incentive for riders and passengers to be on their best behavior, and the profiles make it comparatively easy for investigators to determine who was at the scene of an alleged crime in a rideshare vehicle. It would be very stupid for an Uber passenger to try and get away with robbing an Uber driver, just as it would be unwise for an Uber driver to assault an Uber passenger. This, of course, doesn’t mean that rideshare background checks and safety features will deter all criminals, but they do compare very favorably to the safety procedures in place for taxis.

Perhaps too many Austin residents have watched CSI:Crime Scene Investigation and exhibited something similar to the “CSI effect” in the voting booth last weekend. The FBI fingerprint database may sound like a sensible resource to use for background checks, but it is not up‐​to‐​date and could result in otherwise qualified driver applicants being denied the opportunity to use Uber or Lyft.