Riyadh, Saudi Arabia — I have spent the last two days in Riyadh in Saudi Arabia, and it is impossible to miss the contrasts between here and Dubai. Indeed, I might have tried, except that a number of officials that we have met here tell us “We are not Dubai.”


On the one hand, this is smart politics by the Saudis. Dubai’s brand has been harmed by the collapse of Dubai World, and by the softening of the real estate market there. By way of contrast, the Saudis point to their conservative investment and monetary policies that have softened the blow of the global financial crisis. They paid down government debt during the boom years, and have cautiously loosened credit and money since 2008. Saying “We are not like Dubai” in the Gulf region is a bit like saying “We are not Greece” in Europe.


On the other hand, the contrasts go far deeper. I will write more about Saudi society and culture when I get back to the States, but it seems quite obvious that Dubai’s relative free spiritedness has not significantly spread to the Kingdom, and it likely never will. Saudi Arabia remains a very conservative place. People here stress how much things have changed. For someone with no prior experience here, that claim is impossible to assess. 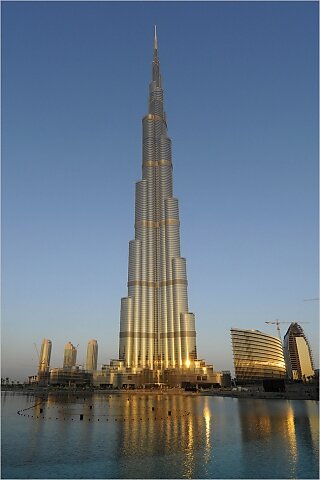 Once again, Jon Alterman has outdone himself with a series of meetings with senior officials. We have covered a range of topics, from monetary policy and economic development, and from counterterrorism to Iran, Iraq and Afghanistan. I focused my attention on the power shifts in the region. Last year, China displaced the United States as the leading market for Saudi oil. India is in the third place, and charging forward. As the United States continues to shift to alternative sources, either oil from other places, or different forms of energy entirely, this trend will continue. I wondered, therefore, if China might displace the United States here in other ways.


That seems unlikely. Tens of thousands of Saudis have studied in the United States and elsewhere in the West. I have met graduates from Penn State, Iowa State, the University of Idaho, the University of Denver, and many other Americans colleges and universities. Others have studied in the UK and elsewhere in Europe. Although the numbers dropped off precipitously after 9/11, Saudi citizens are now returning to the States to study, many aided by generous scholarships from the Saudi government. The level of personal interaction that occurs from study abroad programs make possible a level of understanding and mutual respect, even if — in the end — we maintain very different political and social systems. Riyadh will never be Los Angeles or Manchester. But neither will it ever be Beijing. 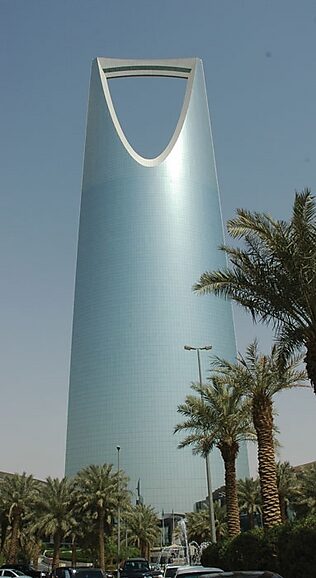 I close with reference to two pictures, the Burj Khalifa in Dubai, the world’s tallest building, which I visited on Friday, and the Kingdom Center Tower that looms over Riyadh. The Burj Khalifa, formerly known as Burj Dubai, is easily twice as tall as most of the other buildings there, but any one of those lesser structures would stand taller than Kingdom Center. The latter dominates the landscape here because there really is no “downtown” per se; there is no skyline of lighted buildings. Riyadh is a sprawl of old neighbor‐​hoods and structures, interspersed with new construction and only the occasional tall building.


It remains to be seen which model, Dubai’s audacious bid for global attention (and money), or Saudi Arabia’s cautious and deliberate move toward modernity, will be best suited to improving the lives of their respective citizens over the long term.