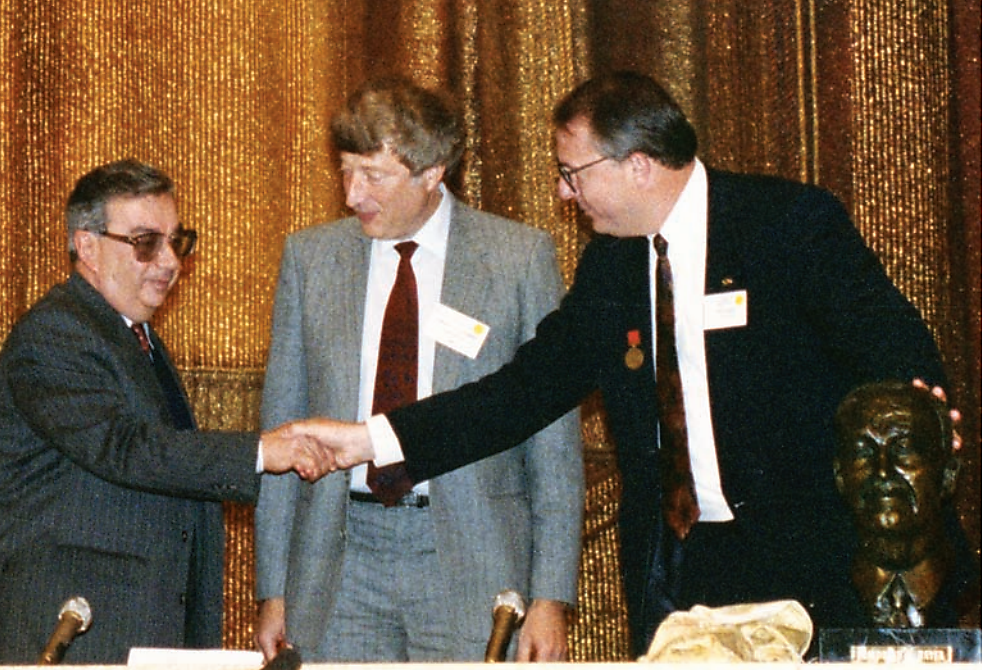 Yevgeny Primakov, a Soviet apparatchik who made a very successful transition to the post‐​Soviet era in Russian politics, has died at 85. He served as speaker of the Supreme Soviet, head of the Russian intelligence service, foreign minister, and prime minister. As Andrew Kramer of the New York Times writes, “With hooded eyes and a gravelly voice, Mr. Primakov struck an image of the archetypal Soviet diplomat and intelligence operative.”


I was in Primakov’s presence once, and that’s the way I remember him. In 1990 Cato held a weeklong conference in Moscow titled “Transition to Freedom: The New Soviet Challenge.” The largest gathering of classical‐​liberal thinkers ever to take place in the Soviet Union, the event included Nobel laureate James Buchanan, Charles Murray, and numerous Russian scholars and members of parliament. “When Cato’s president Edward H. Crane reminded the large audience that ‘the government that governs least governs best’ … hundreds of Russians clapped and cheered wildly,” the Wall Street Journal reported. “Only a handful of die‐​hard Communists sat glum‐​faced, arms folded.” As shown in the photo above, Crane presented a bust of F. A. Hayek to Primakov, then the chairman of the Council of the Union of the Supreme Soviet, as more than 1,000 Soviet citizens attended their first open forum.


Fourteen years later, at another Cato conference in Moscow, Crane reminisced about his encounter:

And it’s been pointed out on numerous occasions at this conference that for civil society to thrive, the institutions of the rule of law, constitutionally limited government, a strict respect for private property and the sanctity of contract, as well as a free and open private sector media are essential. Indeed, there are no great secrets to achieving economic prosperity and a free society, a thriving civil society.


When I was in Moscow for Cato’s 1990 conference, I made that point when I had the privilege of presenting a bust of the great economist and social philosopher F.A. Hayek to Yevgeny Primakov, then chairman of the Council of the Union of the Supreme Soviet. I concluded my remarks by saying, “It is, therefore, particularly appropriate, here in this lavish hotel built exclusively for the Communist Party Central Committee, to acknowledge through the presentation of this bust that Hayek was right and Marx was wrong.”


“It is the Cato Institute’s sincere hope that this bust of F.A. Hayek will rest in a prominent place in the Kremlin where it will remind Mr. Gorbachev and other leaders of the Soviet Union that there are answers, readily at hand, to the problems that beset the USSR.”


Mr. Primakov was gracious in accepting the award, under the circumstances, and said that when he next visited the United States he would present me with a bust of Lenin and that I put it where ever I wanted. I think I know what he had in mind.