These Democrats Should Visit the Navy Yard in Philadelphia

The Pentagon awaits authority from Congress to repurpose military bases. Fears of the potentially harmfully economic effects on local communities when bases close largely explain Congress’s intransigence. The Base Realignment and Closure (BRAC) process was created in the late 1980s to allow closures to occur without forcing individual members to vote for them. It was a dodge, to be sure, but it worked: in five successive rounds, the military was able to eliminate some of its excess infrastructure and overhead.

But the problem hasn’t gone away. The Pentagon estimates that its physical footprint will exceed its needs by more than 20 percent by 2019.

A few Democrats in Congress are trying to help.

“We need to provide the Department of Defense flexibility to find savings and efficiencies wherever it can in order to support our warfighters,” explained Rep. Adam Smith (D-Wash.), top Democrat on the House Armed Services Committee. “That is especially true now, as Congress continues to strain the military by funding it through short-term budget agreements. We should not be making the military cut training and supplies while at the same time refusing to let DOD save money that we know is not being used productively.”

Smith has a point. But base reuse is about much more than allowing the military to allocate its resources wisely. Transitioning bases to non-military uses allows local communities to do so, too.

While the Democrats are in Philadelphia this week for their nominating convention, they should take a trip to visit one of the bases closed during the BRAC process – now known as The Navy Yard. POLITICO has a great profile of the place here. I wrote about it in this new book.

As I explain over at The Skeptics:

the C in BRAC is misleading. Bases aren’t closed. Properly managed, and with a little bit of luck, most former military facilities are repurposed for other chiefly nonmilitary pursuits. And some make the transition quite quickly.

Of the fifteen instances of defense conversion that I’ve studied so far, Philadelphia’s Navy Yard is one of the most impressive....

Philadelphia has a lot of things going for it, but I hope city officials make a point of bragging to visitors from the nation’s capital this week about what has happened to their former military base. They might even give them a tour. If they do, it could weaken opposition in Congress to another round of base closures, which is so desperately needed. Indeed, the opponents might come around to the view that the opening of a nearby base is precisely the boost that a flagging local economy needs.

Last month, Rep. O’Rourke tried to attach an amendment to the National Defense Authorization Act that would have lifted the ban on base closures, but it was soundly defeated, 263-157. 53 Democrats, listed below, voted no. I’m guessing that they’ll be at the convention, too.

Perhaps Smith and his six co-sponsors could escort a few of them down to the Navy Yard? I think they’ll all like the trip. 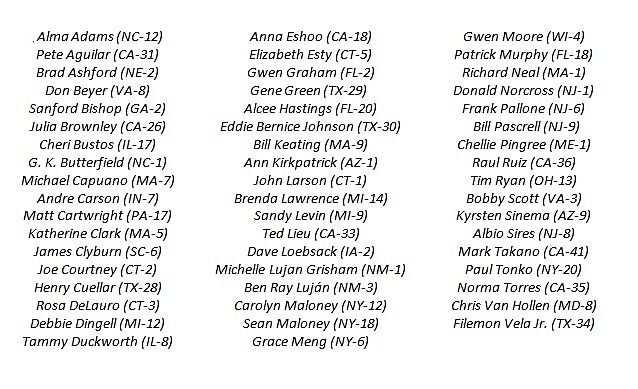