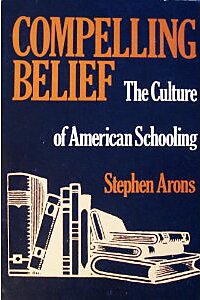 Zack Kopplin has spent the past five years trying to prevent taxpayers from being compelled to support the teaching of creationism as science. His initial focus was the public school system itself, but he has now added government‐​funded private “voucher” schools to his campaign.


Reading about Zack’s efforts, I was reminded of another campaigner for freedom of conscience in education, the now‐​retired law professor Stephen Arons. Thirty years ago, Arons wrote a remarkable book called Compelling Belief, in which he chronicled education‐​related conflicts that trampled parents’ freedom of conscience.


Like Arons, Kopplin seems to come from the political and philosophical left. And, also like Arons, Kopplin is fighting against compulsion that violates people’s most deeply held convictions. But there is one area in which the two men differ: whom they wish to protect from unjust compulsion. For Kopplin the answer is, exclusively, taxpayers. For Arons the answer was, exclusively, parents. As a result of this difference, their proposed solutions are precisely opposite to one another. Kopplin wants to abolish voucher programs. Arons proposed a nationwide voucher program.


Which proposal is correct? Whose freedom should prevail? The answers, respectively, are neither, and both.


Fortunately, there is a policy solution that guarantees freedom of conscience for both parents and taxpayers—under which no one is forced to support beliefs that violate their convictions. That policy solution, as the U.S. Supreme Court has understood, is K-12 education tax credits.