Demagogues such as Sen. Carl Levin (D-MI), as well as many other politicians and journalists, often assert that low-tax jurisdictions are havens for dirty money and terrorist financing. From a theoretical perspective, this does not make sense. So-called tax havens have a big incentive to avoid scandal since they are much more vulnerable to reputational risk. Just imagine what would have happened, after all, if the 9-11 terrorists had used a bank in the Bahamas instead of a bank in Florida. Critics of low-tax jurisdictions automatically would have assumed that the bank was complicit and the entire financial services industry in the Bahamas would have been crippled -- or even destroyed. But because the terrorists used American banks (as well as banks in high-tax European nations and the Middle East), there was no knee-jerk reaction. People understood that the bank tellers and managers had no way of knowing that the flight school students were actually lunatics.

But this does not stop the anti-tax haven smear campaign. Low-tax jurisdictions are viewed as a threat by politicians since it is much harder to impose bad tax policy in a world where tax competition is allowed to flourish. This is why tax havens are attacked whenever something bad happens. If there is a terrorist attack, blame tax havens. If there is a financial crisis, blame tax havens.

With this in mind, a new report from the University of Basel's Institute of Governance did some real research and came up with a list of nations where there actually is a high risk of money laundering and terrorist financing. As the map below indicates, only one so-called tax haven is among the 28 countries listed, and that nation was in the lowest-risk category. 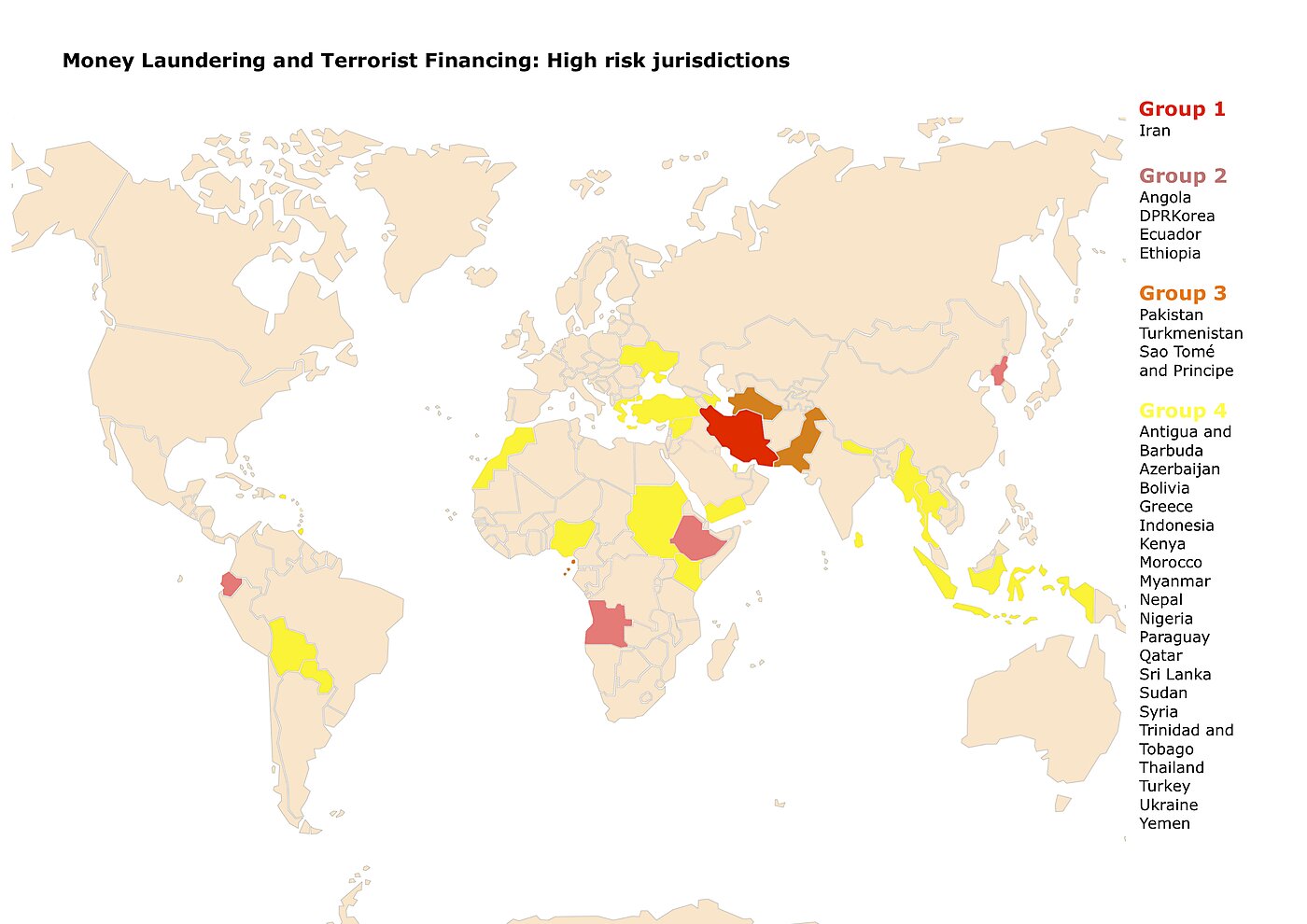