I’ve written a few things here and elsewhere about the need to close military bases, about how we should go about closing them, and about the possible civilian reuses for these sites. Later this month, I’ll be discussing some examples around the world, drawing from cases in a new book, Sustainable Regeneration of Former Military Sites published by Routledge.


I wrote a chapter covering two cases in Philadelphia — the Frankford Arsenal and the Philadelphia Navy Yard — and co‐​wrote another on the Brooklyn Navy Yard. Other places featured in the book include the Brunswick Naval Air Station in Maine, and an arts community in Marfa, Texas, once home to Fort Russell, a German POW camp in World War II. My friend and former colleague Connor Ryan wrote about the Base Realignment and Closure (BRAC) process. But the volume mostly addresses non‑U.S. cases, including former defense sites in the UK, Croatia, the Netherlands, Finland, Sweden, China, and Taiwan. The experiences are as varied as the sites themselves, but common challenges include environmental cleanup, jurisdictional disputes (i.e. who controls the process, and who benefits), and local resistance to change. Eventually, these former military facilities do find other uses that provide clear benefits for their surrounding communities. And some recover quite quickly.


I’ll be speaking at the Association of Defense Communities’ National Summit here in DC, in the morning on Tuesday, June 21st. Then, on the afternoon of Wednesday, June 22nd, I’m traveling to New York City for an official book launch with the co‐​editors Celia Clark and Samer Bagaeen at historic Governors Island. A flyer with more details about that event, and the book, is featured below. 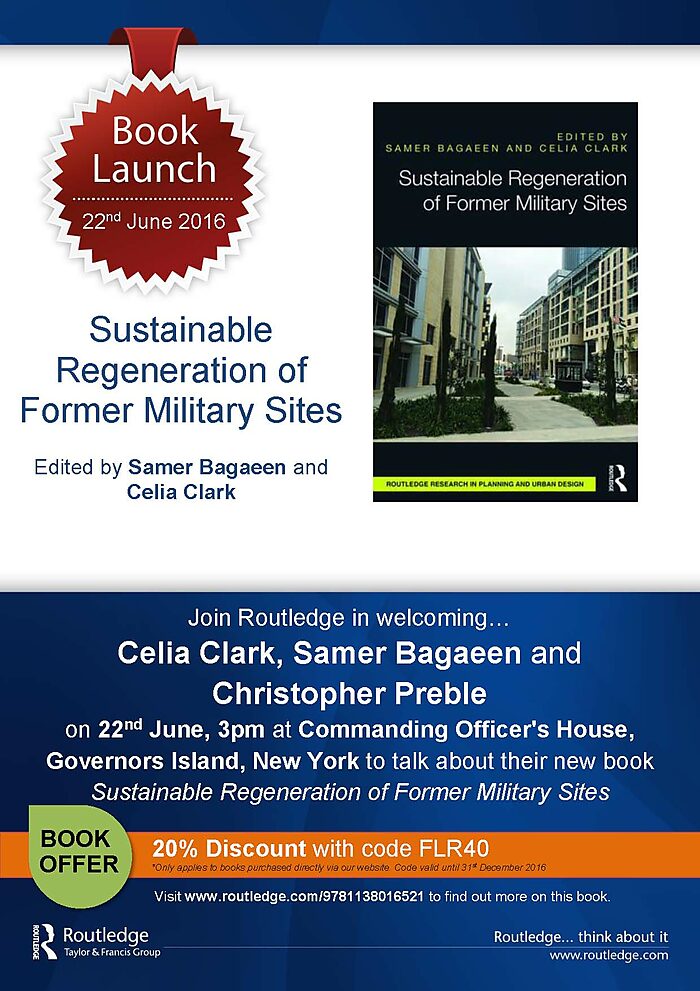