Syria Is Not Obama’s Worst Mistake 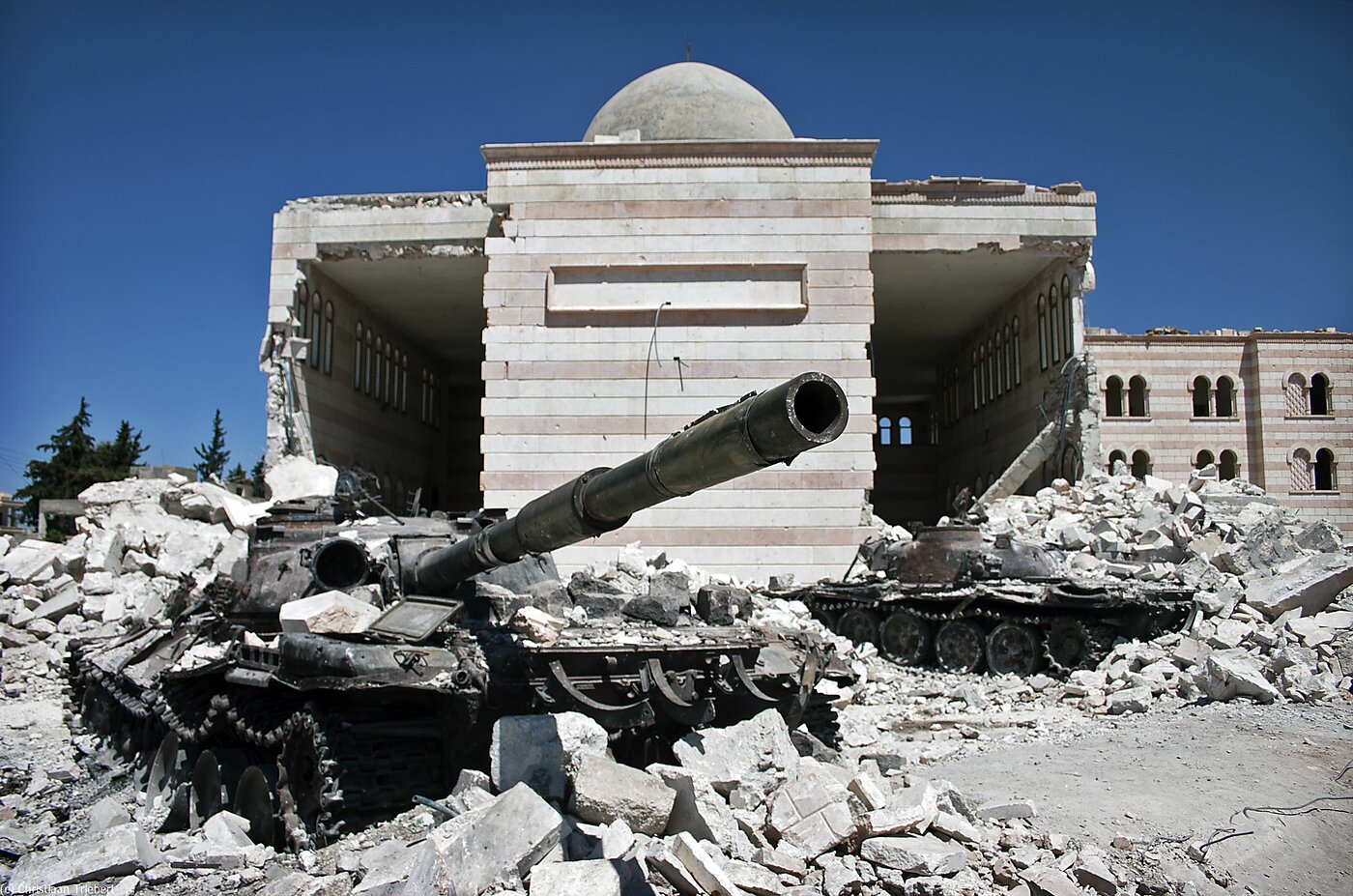 Today in the New York Times columnist Nicholas Kristof argues that the failure to intervene in the Syrian civil war represents President Obama’s worst mistake, “casting a shadow over his legacy.” The war has certainly been a monumental tragedy. Almost 500,000 have died and millions now struggle as refugees. The truth, however, is that Obama’s refusal to bow to political pressure stands as a significant accomplishment of his tenure, not a mistake.


Kristof joins a bipartisan choir in accusing Obama of wrongly believing there is nothing the United States can do to make things better in Syria. Among his suggestions: implementing a no‐​fly zone, creating safe zones for civilians, and grounding the Syrian government’s air force. The immediate goal of such efforts would be to prevent harm to civilians. The longer‐​term goal is to put pressure on the Assad government to come to the negotiating table and put an end the civil war.


Though Kristof’s heart is in the right place, all of these suggestions – as well as the other, more interventionist recommendations made by many over the past several years – gloss over the obstacles to successful intervention. Obama’s more cautious approach implicitly acknowledges the reality of the situation in Syria as it stands today.


Most fundamentally, the political interests of those engaged in the civil war far outweigh America’s humanitarian interests in Syria. Calling Syria ‘Obama’s mistake’ both misdirects moral responsibility for the conflict and obscures the fact that the combatants are far more motivated than the United States. Both the Assad regime and the rebels have suffered incredible losses; all sides are clearly in it for the long haul.


Against such motivation the United States can certainly bring overwhelming military force. But as we saw in Afghanistan and Iraq, military superiority does not always translate to peace and stability. More American intervention in Syria is thus unlikely to change the calculus of those fighting for the future of their country. In the end, Syrians’ stomachs for taking casualties to control their own future will prove stronger than America’s stomach for taking casualties to prevent Syrians from dying.


Kristof also imagines that military humanitarian intervention on such a scale can be precise and limited. It cannot. The effort to exert control over events in Syria would lead inexorably to ownership of the broader conflict. This would lead to a massive and open‐​ended American commitment to Syria. It would also lead those currently fighting each other in Syria to find it increasingly necessary and useful to fight the United States – witness the attacks already conducted by the Islamic State and its supporters in Europe and the United States in response to Western engagement in Syria and Iraq.

On a practical level, American intervention would be dangerous on multiple levels. Thanks to Russia’s support for Assad, trying to enforce no‐​fly zones and humanitarian corridors would increase tensions with Russia and risk confrontation between U.S. and Russian aircraft. Beyond that the United States would need ground troops to manage humanitarian corridors and the safe movement of civilians, raising the likelihood of American casualties.


Of course, Kristof might argue that a lengthy American commitment is worth it if it ensures the peaceful future of Syria. But who, exactly, will comprise a new government in Syria once Assad is gone? It is very difficult to imagine what a new government might look like or how it would have any legitimacy to govern. So far the United States has been unable to identify any group that appears likely to be better for Syria in the long run. Getting rid of Assad in particular would just make life easier for the jihadists, who have been far more resilient and organized than the “moderate” rebels to date.


If the lengthy occupations of Afghanistan and Iraq could not promote peace and stability, there is little reason to believe that an effort in Syria, under far worse conditions, would do so.


Though Obama has stumbled here and there on Syria, overall the administration’s efforts have reflected a clear‐​headed reading of the situation. The administration has stuck with diplomacy and collaboration rather than making an effort to stop the bloodshed on its own. The hard truth is that the United States cannot resolve every conflict and cannot always make things better by direct intervention. If Obama had not understood this, Syria could well have been his worst mistake.