The Black Alliance for Education Options released the results of a new survey of black voters in four states on education policy. The poll found that more than six in ten blacks in Alabama, Louisiana, New Jersey, and Tennessee support school vouchers.

The results are similar to Education Next’s 2015 survey, which found that 58 percent of blacks nationwide supported universal school vouchers and 66 percent supported vouchers for low‐​income families.


The survey also asked about black voters’ views on charter schools (about two‐​thirds support them), “parent choice” generally (three‐​quarters support it), and the importance of testing. However, it appears that BAEO is overinterpreting the findings on that last question, claiming:

The survey also indicated solid support among Black voters that believe educational standards such as Common Core and its related assessments is essential to holding education stakeholders responsible for student learning outcomes.

If the wording of the survey question was identical to how it appears on their website, then it says absolutely nothing about black support for Common Core. The question as it appears on their website is: “Do you think that testing is necessary to hold schools accountable for student achievement?” The question doesn’t mention Common Core at all. For that matter, it doesn’t mention standardized testing specifically, nor explain how the testing is meant to “hold schools accountable.” Perhaps it means publishing the score results so parents will hold schools accountable. Or perhaps it means the state government will offer financial carrots or regulatory sticks. Or maybe it means whatever the survey respondent wants it to mean. 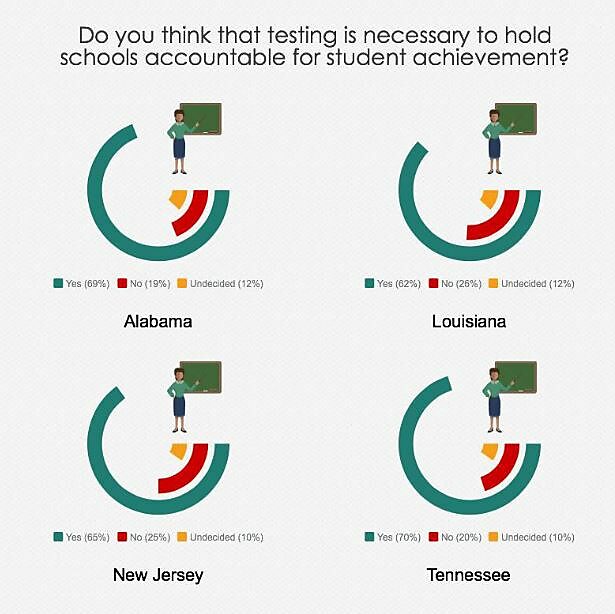 
BAEO’s question on vouchers was clear: “Do you support school vouchers/​scholarships?” Yes, most blacks do. But its question on testing is much less clear, and therefore so are the results. All the BAEO survey tells us is that most blacks support using some sort of testing to hold schools accountable in some undefined way. Interpreting these results as support for Common Core is irresponsible.