Summarizing the New Budget Deal: Spend More Now and Promise to Spend Less in the Future

During the 1980 presidential campaign, Ronald Reagan famously said "there you go again" when responding to one of Jimmy Carter's attacks.

Well, the Gipper's ghost is probably looking down from Heaven at the new budget deal between congressional leaders and the Obama Administration and saying "there they go again."

That's because we basically have a repeat of the distasteful 2013 budget deal. 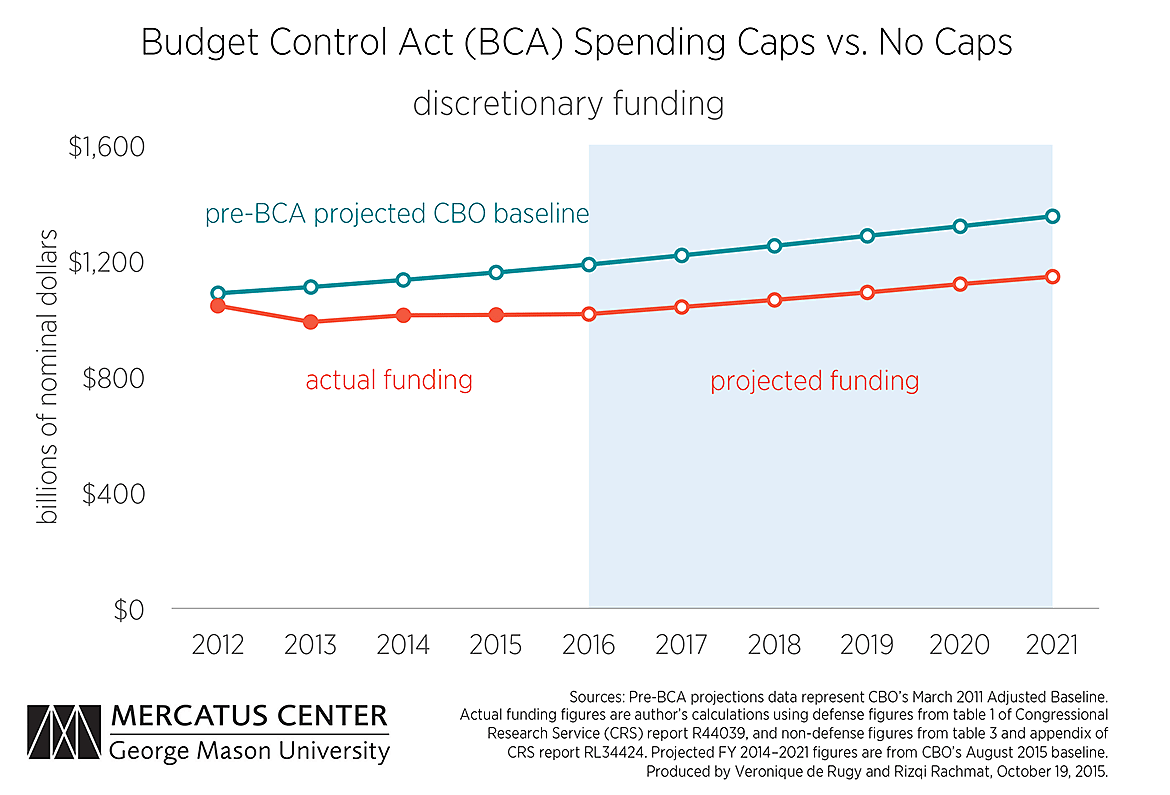 Which means that the President gets to further undo his biggest fiscal defeat.

And what do Republicans get in exchange?

Many of them want higher defense spending, of course, and some of them doubtlessly are happy to have more domestic spending as well. Those politicians are presumably happy, at least behind closed doors.

So let's rephrase the question: What do advocates of fiscal restraint get in exchange?

Well, if you peruse the agreement, it's apparent they don't get anything. Sure, there are some promises of future restraint. But if the 2013 deal and the current agreement are any indication, those promises don't mean much. 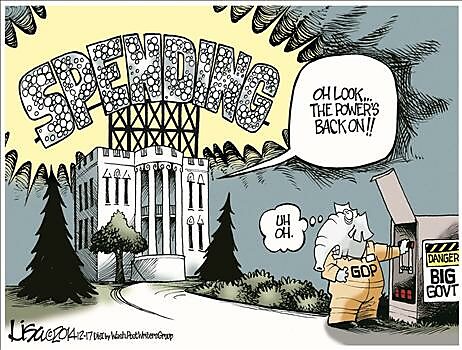 The deal has a handful of back-door revenue increases, including an assumption that the IRS will be more aggressive in squeezing money out of taxpayers. And there are some budget gimmicks, along with some tinkering with entitlement programs, especially the fraud-riddled disability program, that ostensibly will lead to some modest savings.

The net result is that we have a pact that leads to guaranteed spending increases over the nest few years, combined with some nickel-and-dime proposals that will probably offset each other in the future.

So the bad news - assuming the goal is enforceable spending restraint - is that policy has moved in the wrong direction.

In other words, I was right to worry that Republicans would fumble away a guaranteed victory.

And this deal probably sets the stage for another bad deal two years in the future since more spending in 2016 and 2017 will make it harder to meet the spending caps for 2018 and beyond.

Now for the good news...

Ooops, there isn't any good news.

About the only positive thing to say is that this new agreement is not a huge defeat. There will still be budget caps, which is better than no spending caps.

And the new spending, while wasteful and counterproductive, is relatively small in the context of an $18 trillion economy. 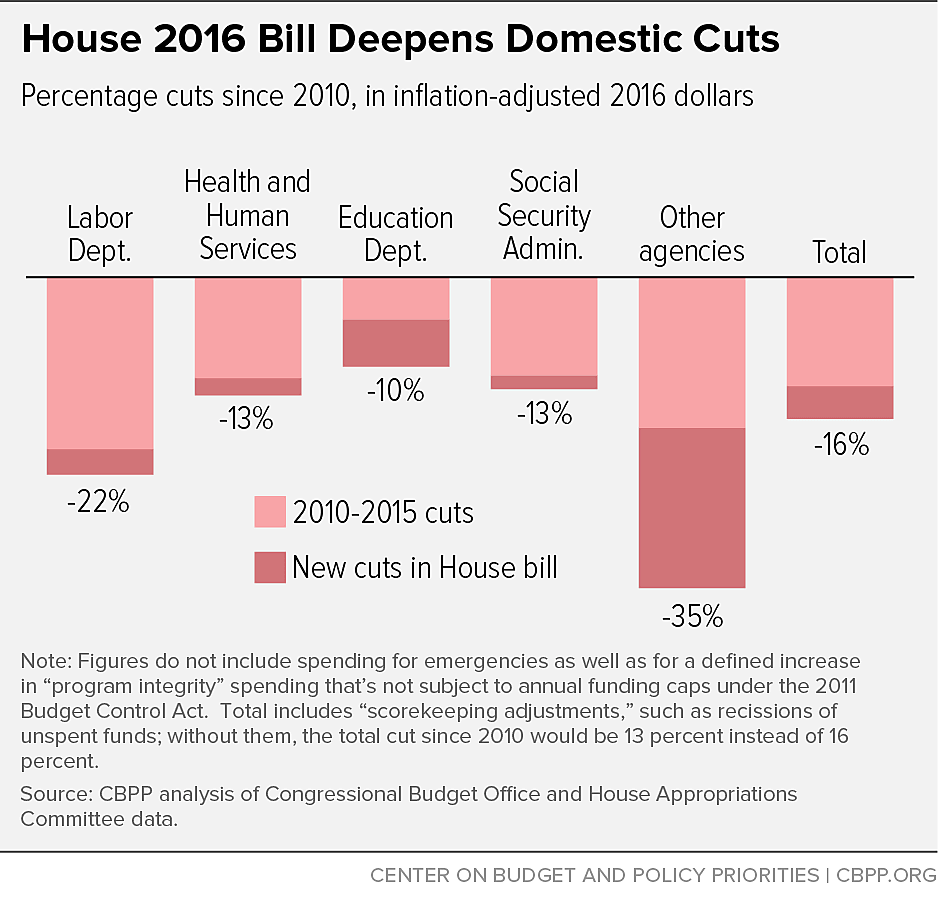 Moreover, the deal only partially unwinds the fiscal discipline that already has been achieved thanks to the spending caps.

Last but not least, nothing in this deal precludes a better and more comprehensive spending cap, perhaps modeled after Switzerland's very successful debt brake, once Obama is out of the White House.

P.S. This new deal also increases the debt limit. Some view this as a defeat, but it more properly should be viewed as a missed opportunity to get some much-needed reforms.

That being said, I can't resist commenting on the deliberately dishonest scare tactics from our statist friends. They routinely claim that the United States government would have to default on its debt and cause a global crisis unless there is approval for more borrowing.

For instance, exuding an air of faux hysteria, one writer for the Washington Post asserted that, "Failure to raise the debt ceiling would unleash hell on the U.S. economy." Another Washington Post columnist fanned the flames of fake despair, writing, "The chaos...is about to have some very serious effects on the entire country." And a third Washington Post reporter falsely fretted that not raising the debt limit by November 3rd, "could plunge the United States into default, an outcome that...could lead to economic catastrophe."

Oh, please, we've heard this song and dance before. But it's utter nonsense.

Here's some of what I said as part of my testimony to the Joint Economic Committee in 2013.

...there is zero chance of default. Why? Because...annual interest payments are about $230 billion and annual tax collections are approaching $3 trillion. ...there’s no risk of default – unless the Obama Administration deliberately wants that to happen. But that’s simply not a realistic possibility.

But some folks may wonder whether my analysis is accurate. After all, maybe I'm some sort of nihilistic libertarian who fantasizes about laying waste to Washington.

And other than the nihilistic part, that's actually a good description of my long-run goals.

But that doesn't mean I'm wrong. So for backup, let's look at some identical analysis from an ultra-establishment source, as reported in The Hill.

Moody’s Investors Service announced Monday that, despite dire warnings from the Treasury Department, the government would find a way to pay money owed on its debt, regardless of whether lawmakers agree to raise the $18.1 trillion borrowing cap. ..."Even if the debt limit is not raised, ...the government will order its payment priorities to allow the Treasury to continue servicing its debt obligations," says Moody's Senior Vice President Steven Hess.

Gee, maybe all the partisans at the Washington Post are the ones who are wrong. Along with the partisan and status-quo voices from the political establishment.