New data from Gallup suggests that residents in US states with freer markets are more optimistic about their state’s economic prospects. In their 50-State Poll, Gallup asked Americans what they thought about the current economic conditions in their own state as well as their economic expectations for the future. North Dakota (92%), Utah (84%), and Texas (82%) top the list as states with the highest share of residents who rate their current economic conditions as excellent or good.  In stark contrast, only 18% of Rhode Island residents, 23% of Illinois residents, and 28% of West Virginians rate their state’s economic conditions as excellent or good. Similarly Americans most optimistic about their state’s economic futures include Utah (83%) and Texas (77%) while states at the bottom include Illinois (34%) and West Virginia (36%).

What explains these stark differences in economic evaluations and expectations across US states? Could differences across states in economic freedom, such as government regulations on business, tax rates, government spending, and property rights protection, be part of the story? 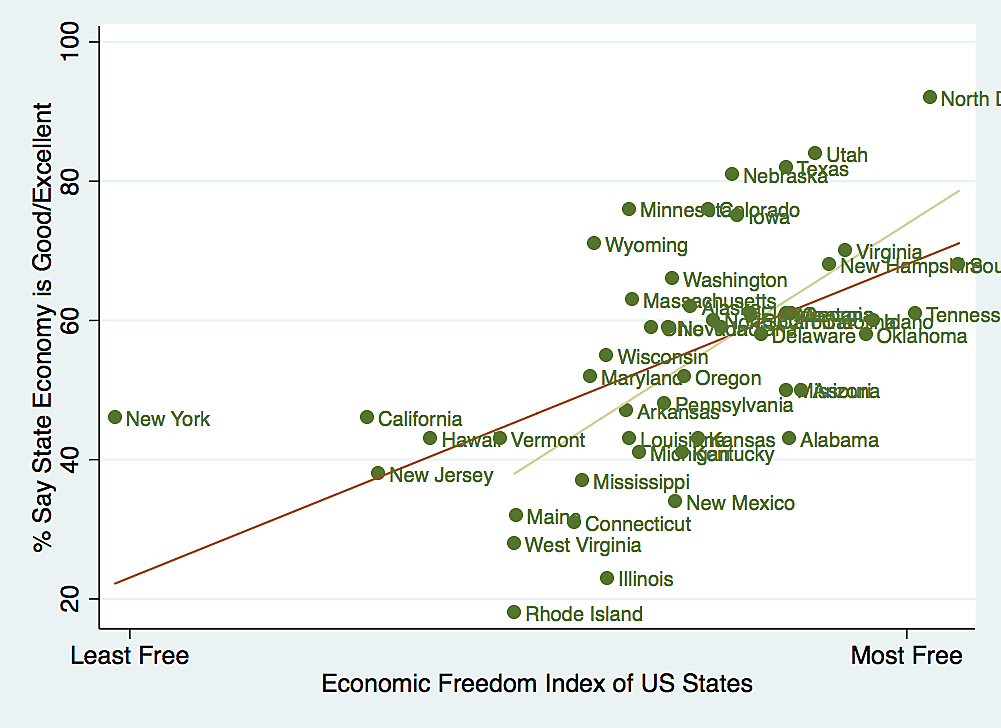 To investigate, I examined the Freedom in the 50 States Economic Freedom Index, calculated by Jason Sorens and William Ruger and published by the Mercatus Center, to compare. I then contrasted this data with Gallup’s public opinion numbers. It turns out there is a strong relationship between economic freedom and public economic optimism. Americans who live in states that have lower taxes, lower government spending, fewer regulations on business, better property rights protections, better tort system, etc. also tend to have more confidence in their state's economic conditions.

Figure 1 shows the relationship between states' economic freedom scores and public evaluations of current economic conditions. As you can see, states that are more economically free—meaning less government regulation, lower taxes, and less government spending, etc.—also tend to have residents that say their state economies are excellent or good. This correlation1 between economic freedom and residents’ evaluations of their state’s current economic conditions is .55.

Next, Figure 2 shows the relationship between each state's economic freedom score and share of residents in each state who think their state economy is getting better. As you can see, states that are more economically free tend to have residents who are more optimistic about their the states’ economic futures. The correlation between economic freedom and residents' positive economic outlook is .44. Notably, economic optimism in states like New York and California that have less free economies tend to be the exception rather than the rule when compared to the nation as a whole. 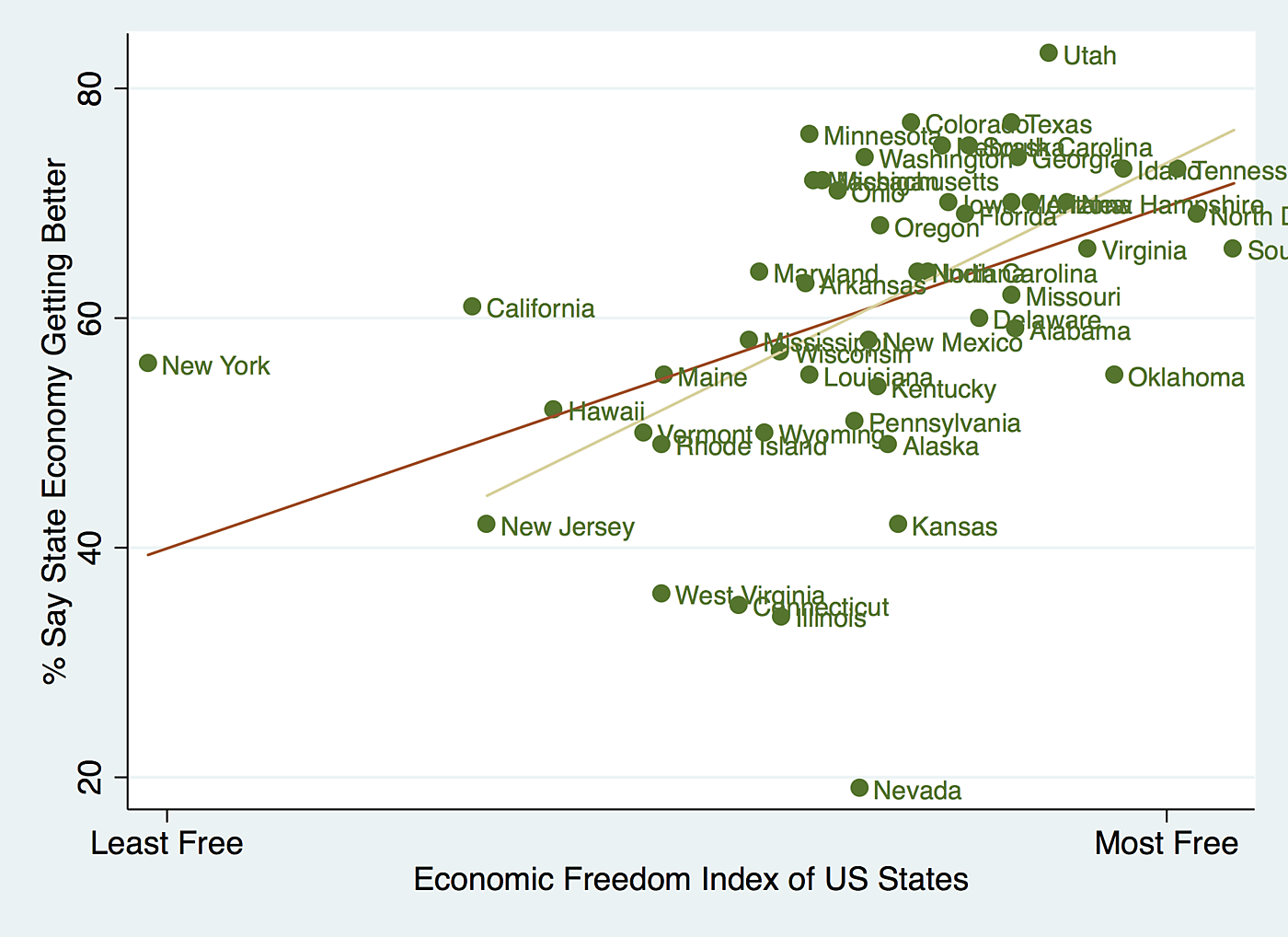 Of course, correlation is not causation. But it would also be a mistake not to consider the obvious possibility that economic freedom and economic success are related. There is a reasonable argument to be made that making it easier to start businesses, reducing regulatory barriers, and leaving more money in the private sector can lead to more entrepreneurship, companies creating more jobs, technological innovation, economic growth, and thus more optimistic people.

In sum, these results provide some indication that freer markets may provide greater hope for a better economic future.

Check out the Freedom in the 50 State Rankings:

1 Correlation is a measure of relationship