States “Creating” Jobs — One Corndog at a Time 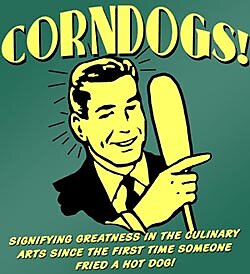 A couple weeks ago, I blogged about the foolishness of press release economics: states “creating” jobs by handing out taxpayer money to select businesses. I concluded by saying that “journalists should be on the lookout for more press‐​release economics schemes coming from the states as revenues remain tight and politicians become desperate to demonstrate they’re “doing something.” Journalists should examine a state’s tax structure when a taxpayer giveaway is announced to see if perhaps the governor is masking economic‐​unfriendly fiscal policies.”


Sure enough, the Pew Center’s State​line​.org has an article up detailing the efforts of state governors dealing with the recession by giving businesses taxpayer money to “create” jobs. Of course, it would make more sense for a state to simply reduce the tax and regulatory burden on a businesses looking to expand or relocate operations within its borders. But then state politicians might miss out on the short‐​term benefit of issuing fluffy press releases that are particularly helpful when a state is bleeding jobs.


Stateline notes that “You’d never know Michigan has the nation’s highest unemployment by visiting the Michigan Economic Development Corporation’s Web site, which trumpets a string of successes in recent months that have resulted in thousands of jobs in a state battered by the decline of auto manufacturing.” And in neighboring Indiana, the state’s economic central planners are celebrating the “creation” of 50 jobs at a corndog and fritter manufacturer. Anyone familiar with Hoosier waistlines knows there’s no shortage of corndogs in the state to justify taxpayers having to subsidize their production.


However, Stateline reports that Wisconsin officials are targeting Minneapolis‐​St. Paul manufacturers with a study that shows relocating to west central Wisconsin would save the Minnesota businesses millions of dollars due to lower worker’s compensation costs, corporate income taxes, and property taxes. Whatever else Wisconsin’s economic development bureaucrats are up to, this is the right idea.