The State of State Subsidies


I’ve produced two charts that illustrate the extraordinary growth in federal subsidies to state and local government using the latest figures in the president’s 2012 budget proposal.


The first chart shows the inflation‐​adjusted increase in federal subsidies to states and local governments since 1941, separated into “health” and “non‐​health” categories: 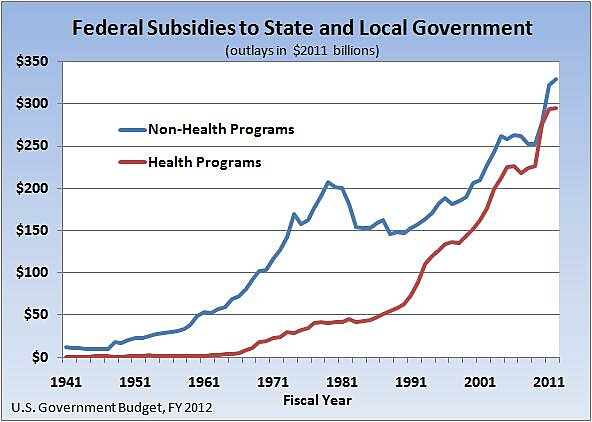 The second chart shows the inflation‐​adjusted increase in total federal subsidies to state and local governments since 2000: 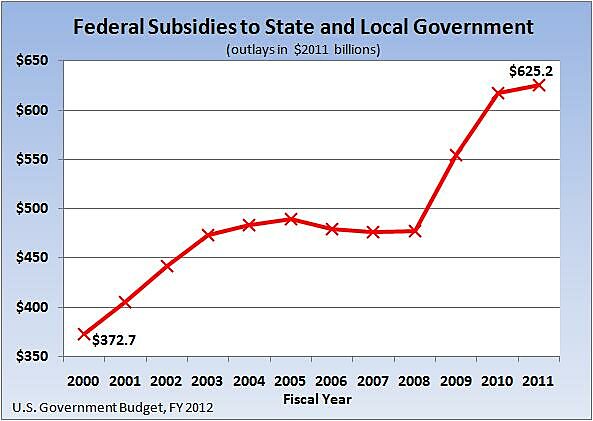 
In the next couple of months, state and local officials will wail and gnash their teeth over proposals from Washington to cut back on the federal feeding tube. Journalists who are tempted to be overly‐​sympathetic to state and local officials should look at these charts and ask themselves why these folks never seem to be able to get their fiscal houses in order despite all the “free” money they’re getting from federal taxpayers.


See this Cato essay on the need to revive fiscal federalism.