State Dependency on the Federal Government

The president’s fiscal 2013 budget proposal is scheduled to be released on February 13th. State officials are predictably sounding the alarm on the coming “deep cuts” to federal subsidies now that stimulus funds are running out and Washington is being forced to confront its mounting red ink.


State officials have become addicted to federal subsidies because they allow them to spend money taken from taxpayers across the country instead of having to ask their voters to pony up the funds. As the following charts shows, total state spending continued to increase during the economic downturn because the federal government picked up the slack. Note that the federal share of total state spending went from 25.7 percent in 2001 to 34.1 percent in 2011. 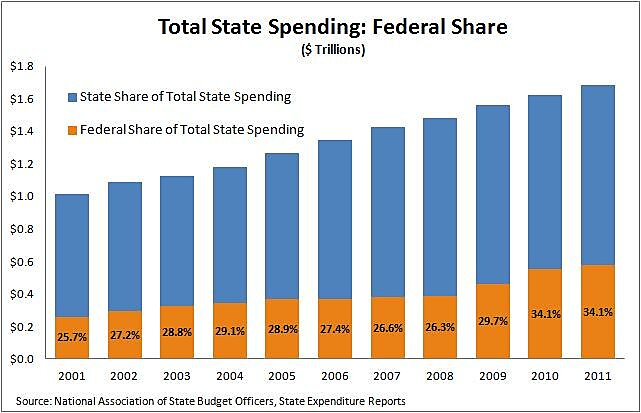 See this Cato essay on federal subsidies to the states for more on why it is critical to reverse this trend.