House Republicans engineered a continuing resolution for fiscal 2011 that would trim $61 billion in “regular” discretionary budget authority versus fiscal 2010. The Obama administration and the Democratic majority in the Senate balked at the cuts, and a two‐​week continuing resolution will be passed in order to avoid a “government shutdown” and give the sides more time to reach an agreement.


Based on the Congressional Budget Office’s score of the continuing resolution containing $61 billion in funding cuts, and the CBO’s recent budget projections, both discretionary and total federal outlays (actual spending) would still be higher in fiscal 2011 versus fiscal 2010. 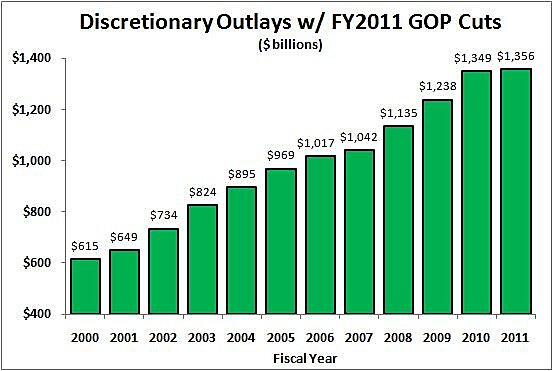 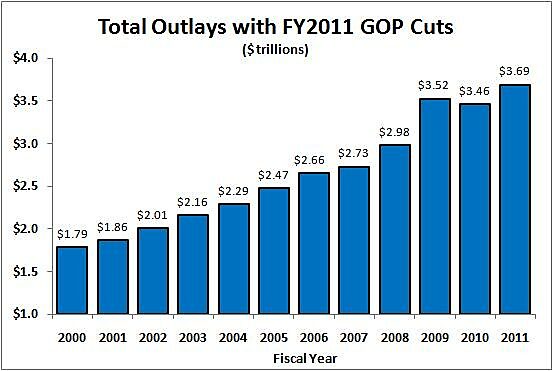 Keep these charts in mind the next time you hear or read that the Republicans’ supposedly “major spending cuts” will lead to reduced economic growth and hundreds of thousands of jobs lost.