While Congress haggles over Republican ambitions to trim $61 billion in funding for domestic discretionary programs, it’s important to remember that mandatory (or “entitlement”) spending is the main driver of recent and future budget growth.


The following chart compares fiscal 2007 spending to the president’s proposal for fiscal 2012 for the largest areas of overall federal spending: 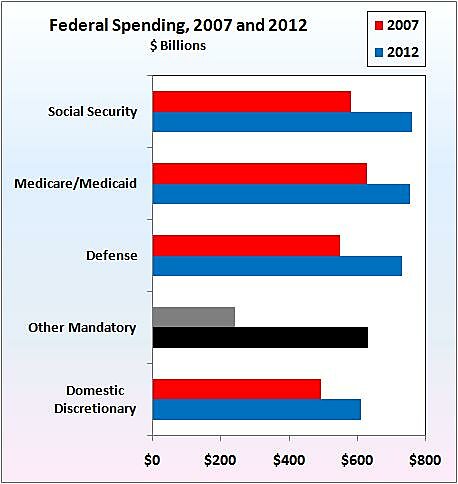 Note that the area of spending that has increased the most dramatically is “other mandatory.” Major programs in this category range from food stamps to retirement and disability benefits for federal workers. The following chart shows the increase in spending for the largest of these programs: 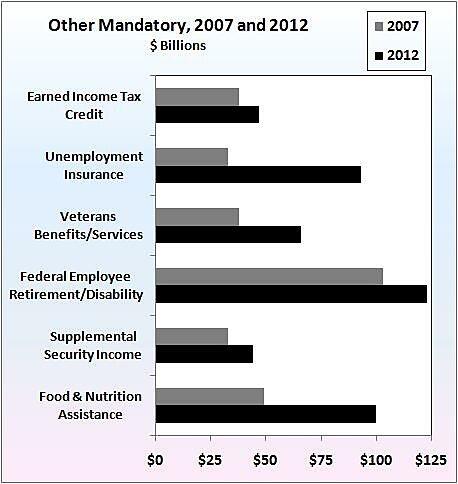 This area of spending, and the programs that it consists of, are often forgotten in the debate over how to rein in our extraordinary deficits and mounting debt. That needs to change.