Venezuela and Ecuador both have left‐​wing populist governments that have benefited tremendously from record high oil revenues. Both governments used those revenues to significantly increase public spending. However, there is a critical difference between these countries: while Venezuela has its own currency (the so called “strong Bolívar”), Ecuador adopted the U.S. dollar as its official currency in 2000. That means that, no matter how fiscally irresponsible the Ecuadorean government, it can’t print money to pay for its spending.


The result: Venezuela has the highest inflation rate in Latin America whereas Ecuador has one of the lowest rates in the region. 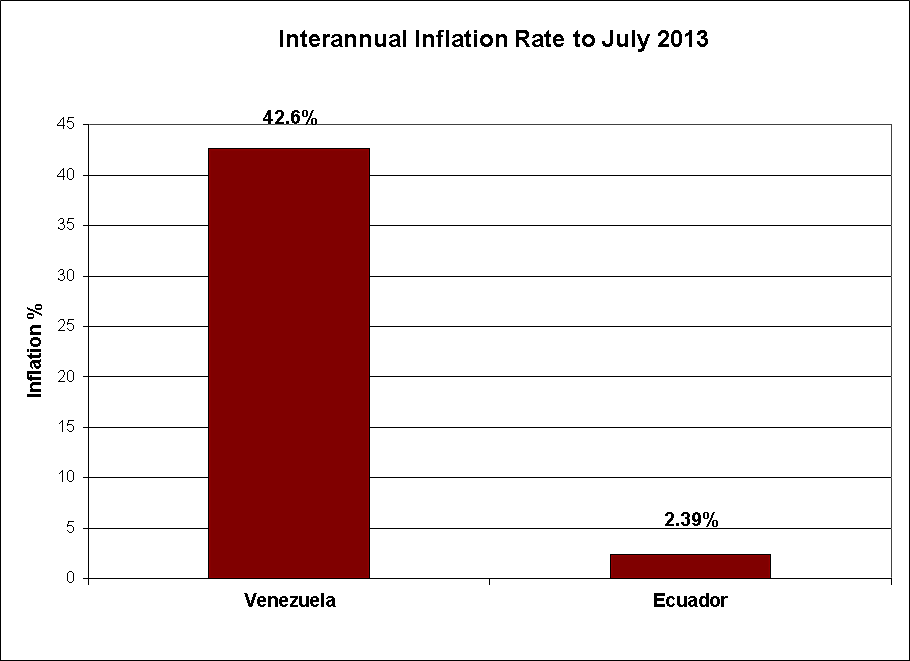