Sorry About Your Burning Village, But You Released the Dragon 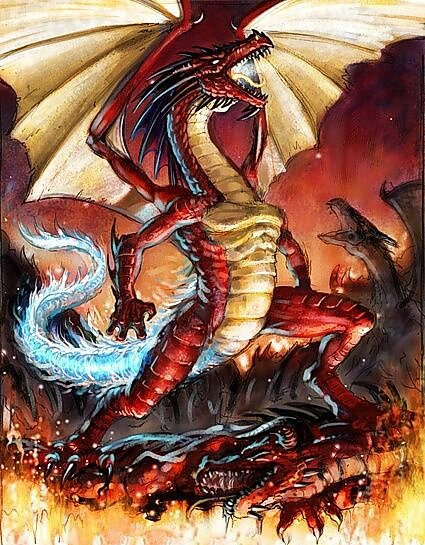 There's a lot of consternation over Education Secretary Arne Duncan's threat that if Congress doesn't quickly create and pass a new No Child Left Behind Act he will do it himself, issuing waivers galore for states that adopt as-yet unspecified, administration-dictated reforms. As Andy Rotherham writes in Time, everyone from AEI's Rick Hess, to angry-teachers' hero Diane Ravitch, seems to be outraged over the notion that the executive branch would simply bypass Congress because it thinks the legislators are moving too slowly.

What did they expect when they ignored the Constitution to begin with, forgetting that it gives Washington just a few, enumerated powers, and that meddling in education (save prohibiting discrimination and controlling the District of Columbia) is not among them? When they pushed for, or acquiesced to, Washington doing all sorts of things that it has no constitutional authority to do? When they essentially accepted that the Federal Government has unlimited powers? Did they expect federal politicians to suddenly remember they are supposed to be constrained only when they want to do things the educationists don't like?

Unfortunately, most people in education policy pick and choose when they'll invoke the Constitution based on whether or not they like what the Feds are doing or are proposing to do. In contrast, if in their presence you consistently state that education policymaking is not among Washington's few and defined powers, and that the Feds must get out of education, they typically either ignore you; dismiss you with a rhetorical pat and smile like you are a cute, idealistic child; or condemn you as someone who hates children, the poor, teachers, enlightenment, the nation's economic future, progress, or some combination thereof.

Well here's the reality: Far too many educationists have helped let the dragon out of its cage. They have only themselves to blame when it burns down their village.