Some Blessings of Cheap Oil and Low Inflation

1. Cheaper oil lowers the cost of transporting people and products (including exports), and also the cost of producing energy-intensive goods and services.

For the seventh week in a row, the average price of a gallon of diesel declines, to $2.235 https://t.co/X3Zaq52YSO pic.twitter.com/vYMStMZ2mj

2. Every upward spike in oil prices has been followed by recession, while sustained periods of low oil prices have been associated with relatively brisk growth of the U.S. economy (real GDP). 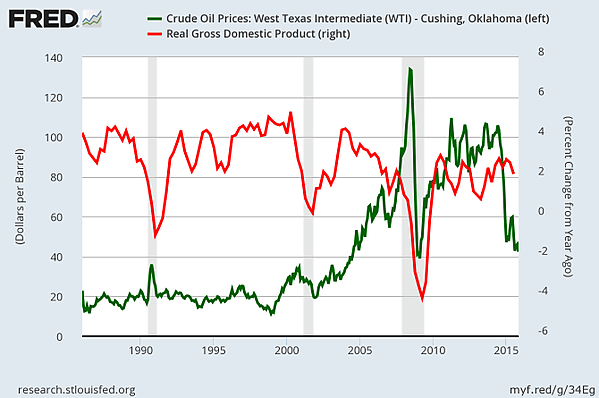 3. Far from being a grave danger (as news reports have frequently speculated), lower inflation since 2013 has significantly increased real wages and real consumer spending. 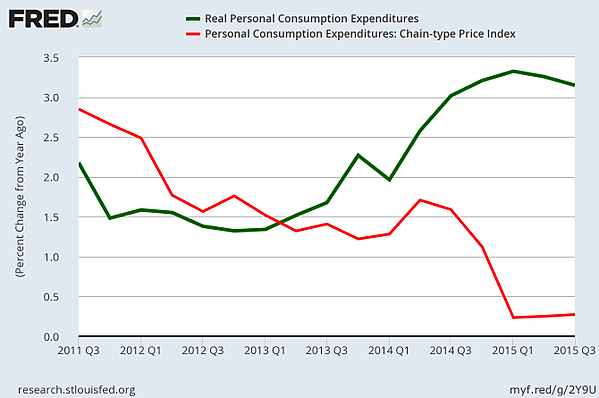 4. Cheaper energy helps explain why the domestic U.S. economy (less trade & inventories) has lately been growing faster than 3% despite the unsettling Obama tax shock of 2013. 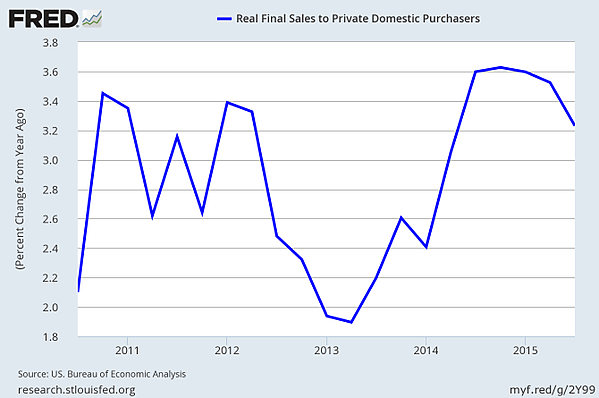