The Solution to Congestion

It is distressing, at least to economists, how many problems could be solved by adopting basic free-market principles, yet those solutions are ignored or stridently opposed by the very people who would benefit from them. California's drought is one of those: California actually has plenty of water, it is just poorly priced.

An even more pervasive problem is traffic congestion, which (according to the Texas Transportation Institute) wasted more than 3 billion gallons of fuel and nearly 7 billion hours of people's time for a total cost of $160 billion in 2014. Brookings economist Anthony Downs wrote a whole book about congestion that concluded there was no solution to the problem--except, he noted almost parenthetically, congestion pricing which Downs decided was politically impossible. Of course, that's a self-fulfilling prophecy because if no one argues for something because it's impossible, it will truly be impossible.

Fortunately, more people are beginning to argue for congestion pricing. A November 27 report from an economic group in Canada called the Ecofiscal Commission argues that "pricing traffic congestion is critical to beating it." 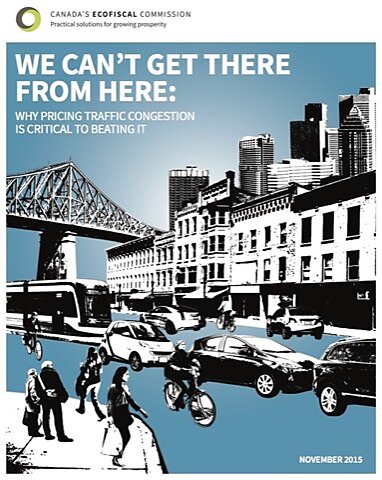 An even more recent report, released on December 8 by the Royal Academy of Engineering, makes a similar argument for roads in Britain. The report compares a wide variety of programs, including transit improvements, smart roads, and urban redevelopment, and concludes that road pricing offers the greatest value for the money and has no net cost to taxpayers. 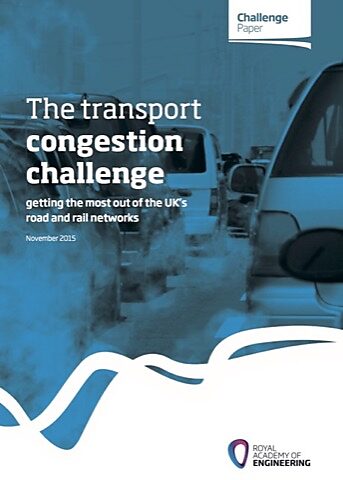 One reason congestion pricing doesn't happen is that many people see it as an attempt to force people off the roads and out of their cars. So it is disappointing that neither of these reports notes the critical finding of my Cato policy analysis on congestion pricing, which is that road pricing actually increases the capacity of roads to move people and vehicles during busy times of the day.

As the paper shows, a freeway lane can move up to 2,000 vehicles per hour at 55 miles per hour, but when traffic slows because of congestion, throughput can fall below 1,000 vehicles per hour. By preventing such traffic slowdowns, road pricing can paradoxically double road capacities during rush hour, thus giving everyone more options to get where they want to go without delay, not less.

Another obstacle to congestion pricing is that people don't trust government. Optimally, highway managers would set prices just high enough to keep traffic flowing and use net revenues to pay for more congestion relief, not boondoggles elsewhere. Some of the most efficiently constructed tollways in the world follow these principles.

Unfortunately, other systems have not followed these principles, giving tollroads everywhere a black eye. One of the worst is the Dulles Toll Road, which was built by the state of Virginia in 1984 and worked well for many years. Then the state gave it to the Metropolitan Washington Airport Authority, which more than quadrupled tolls so it could use the surplus to subsidize the Silver Line boondoggle.