In the summer of 1982, after the Cato Institute’s week‐​long seminar at Dartmouth, I drove to Boston with one of the other attendees. Touring the city, we encountered a protest rally on Boston Common. I don’t remember just what the rally was about — probably the “nuclear freeze” or a general protest against nuclear weapons, which was a strong movement then. As we watched, a young woman approached and handed us flyers calling for socialism. “Like in Russia and China?” I asked her. Unwilling to defend those disastrous results, she responded “We’re more interested in the experiments currently going on in Zimbabwe and Nicaragua.” I knew very little about those “experiments” and had nothing much to say. 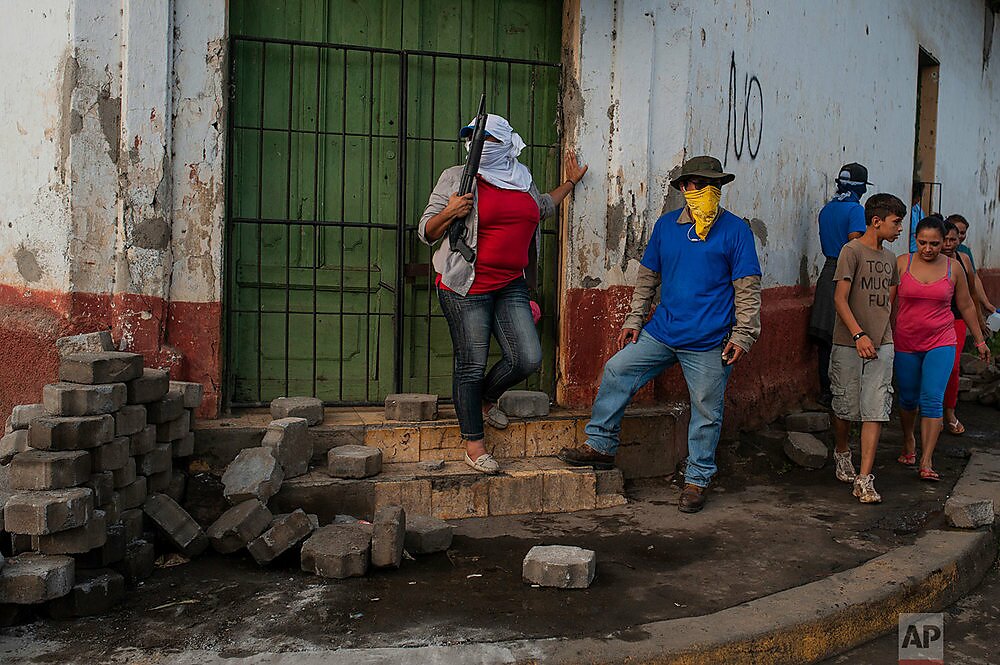 Now, though, 36 years later, we know a great deal about those experiments in socialism. The photograph at right appears on the front page of Friday’s Washington Post with the caption “Paramilitary members stand guard on July 17 at a dismantled barricade after police and pro‐​government forces stormed the Monimbo neighborhood of Masaya, Nicaragua, which had become a center of resistance.”


I was reminded of something very candid that the socialist economist Robert Heilbroner wrote: that socialism depends on central planning and a collective moral commitment and thus on command and obedience to the plan. And that means that “The rights of individuals to their Millian liberties [are] directly opposed to the basic social commitment to a deliberately embraced collective moral goal… Under socialism, every dissenting voice raises a threat similar to that raised under a democracy by those who preach antidemocracy.” Democratic liberties like free speech and free press are an inherent threat to the planners’ control.


And of course Zimbabwe suffered for some 37 years under the increasingly authoritarian rule of Robert Mugabe, which may or may not have changed with Mugabe’s replacement by his vice president.


Consider not just democracy but standard of living. In the 36 years since I had that conversation, Nicaragua has been under the rule of socialist Daniel Ortega for about half that time, and Zimbabwe under Mugabe for the entire period. Nicaragua’s GDP per capita is the lowest in Central America — far below market‐​liberal Costa Rica and 50 percent below war‐​torn Honduras. Zimbabwe is even poorer. These aren’t just numbers. They indicate how people live. They tell us that in 2018, in a world growing rapidly richer, where poverty is plummeting, people in these countries remain desperately in need of businesses, jobs, food, and medicine.


I wonder if my socialist interlocutor from 1982 is still interested in the socialist experiments in Nicaragua and Zimbabwe.


Footnote: Kristian Niemetz of IEA wrote about how socialist “experiments” always become embarrassing after a few years. Except for “very short‐​lived experiments, such as the Paris Commune.… Those are the Jim Morrisons of socialism. They ended before they could turn into embarrassments.”