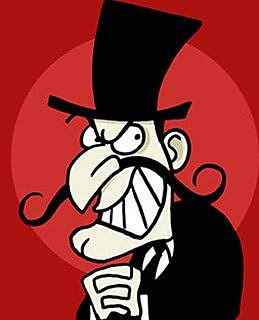 Jane Mayer of the New Yorker, fresh from her expose of the nefarious Koch Brothers’ conspiracy to reduce taxes and regulation, has found a new target: James Arthur (Art) Pope, chairman and CEO of Variety Wholesalers and a major contributor to free‐​market and Republican causes, especially in North Carolina. As she details, his perfidy knows no bounds: He is “spending millions in an attempt to change the direction of American politics”! He attends “secret planning summits” with political allies! He funds groups that run ads accusing Democrats of raising taxes! He’s an ideologue! He has made his money by selling necessities inexpensively to “low‐​income patrons”! He has funded free‐​market speakers at North Carolina State University, outraging a professor of English! Even a guy whose grandfather was a backer of Jesse Helms doesn’t like him!


And perhaps most tellingly, he “credits a summer program run by the Cato Institute, to which he has since given money, for immersing him in the writings of conservative icons such as Friedrich August Hayek and Ayn Rand”! If you think you’ve never seen F. A. Hayek’s name rendered that way before, you’re right. And it’s odd conservative icons who wrote “Why I Am Not a Conservative” (Hayek) and “Conservatism: An Obituary” (Rand).


Well, fair enough. People who give millions of dollars to ideas and politics can expect some criticism. As a First Amendment absolutist, I think Art Pope has a right to use his money to support candidates he favors, and the New Yorker has a right to use its money to accuse the voters of North Carolina to be dumb enough to vote for whoever a businessman tells them to vote for. ‘Cause, you know, it couldn’t have been a general national swing against the Democratic agenda that caused voters to turn out Democratic majorities in the North Carolina legislature.


But I wonder: If money in politics is so bad, where is the scathing Jane Mayer article on billionaire George Kaiser, the major fundraiser for Barack Obama who also was the major investor in Solyndra, which defaulted on a $535 loan from the Obama administration (and almost got “a second taxpayer loan of $469 million last year, even as the company’s financial situation grew increasingly dire”)? Or where is the story on Herb and Marion Sandler, who made billions in subprime loans, sold out just before the crash, and have spent tens of millions on MoveOn​.org, ACORN, the Center for American Progress headed by John Podesta, liberal journalism projects, Democratic Party groups, and Democratic candidates? Aren’t they bigger fish than little ol’ Art Pope of Raleigh?


Or compare Mayer’s affectionate portrait of George Soros’s political activities with her takedown of Charles and David Koch. Apparently opposing a president who supports fiscal irresponsibility, the Patriot Act, the war on drugs, and secret wars is a lot more commendable if that president is a Republican.