A “Smart” Surveillance Wall Would Be Worse Than Trump’s “Big, Beautiful” Wall 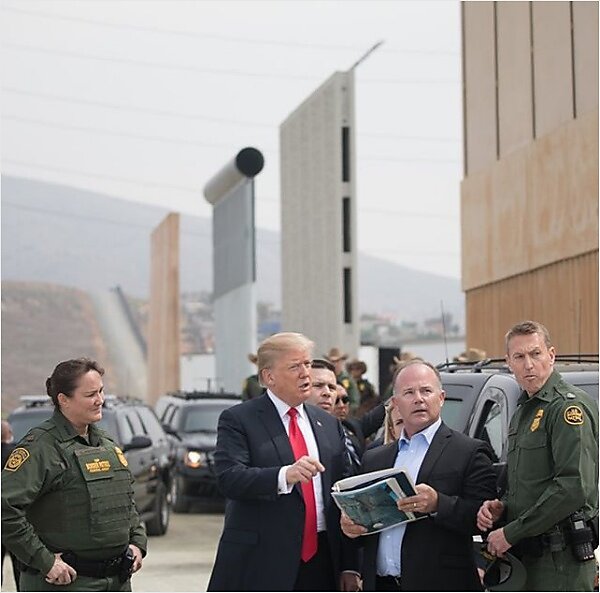 Last week President Trump lost his game of chicken with Congressional Democrats and signed a bill that will keep the government open until February 15th. The fight over the recent government shutdown centered on border security, with the president insisting that Congress provide funds for a border wall. Congress didn’t provide the funds, and Democrats in Congress have been celebrating their victory over the president. Preventing the president from building the border wall is a clear political victory for Democrats. However, the border security legislation lawmakers in Congress eventually negotiate could include the increased deployment of border surveillance technology, an outcome worse than the physical barrier Trump wants.

The president’s “big, beautiful” Mexico-funded wall was a staple of his presidential campaign. Once he moved into the White House reality set in, and even with both houses of Congress under Republican control Trump was unable to get the funds for his wall. He was also unable to persuade Mexico’s president to cough up the cash for the project.

This isn’t surprising. The wall would be an expensive and ineffective way to stop illegal immigrants from crossing into the U.S., and governments are generally reluctant to fund other country’s infrastructure projects predicated on xenophobia. Construction of the wall would also infringe on private property, with the government exercising its power of eminent domain. Fortunately, prospects for border wall funding during the 116th Congress look even bleaker than they did for the first two years of the Trump presidency.

Trump’s stubborn attachment to his wall and its symbolic importance only motivates Democrats to oppose it with equal steadfastness. But eventually Congress will pass and the president will sign border security legislation. Neither the president nor Congressional Democrats will get exactly what they want. After all, politics is the art of the possible, not the ideal. Such legislation could include surveillance technologies that have far worse implications for civil liberties than a physical border wall.

Lawmakers on both sides of the aisle have supported more surveillance on the border as part of a so-called “smart” or “virtual” wall. In such a wall, drones, radar, and other technologies take the place of or augment physical barriers. Rep. James E. Clyburn (D-SC), the number three Democrat in the House, has said that he and his Democratic colleagues could support a $5.7 billion border bill that included drones and other surveillance tools but no wall. The spending bill Trump was prepared to sign included around $7.3 billion for “marine vessels, aircraft, and unmanned aerial systems.” 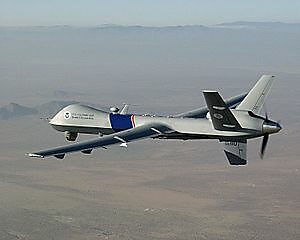 Even in these politically contentious times, there seems to be at least some consensus over the need for more surveillance equipment at the border. This consensus is regrettable given the risks associated with border surveillance. Customs and Border Protection (CBP) uses Predator B drones commonly associated with American foreign policy to patrol the border. These drones might not be outfitted with hellfire missiles, but their surveillance capabilities should concern American citizens nonetheless.

As my colleague David Bier and I wrote last year:

[D]rones undermine Americans’ privacy. Their surveillance records the daily lives of Americans living along the border, and because CBP regularly uses its drones to support the operations of other federal agencies as well as state and local police, its drones allow for government surveillance nationwide with minimal oversight and without warrants.

The proliferation of small and large drones on the border will mean that DHS further intrudes on law-abiding Americans’ privacy. Such intrusions are unlikely to be reserved to the border given that CBP can install checkpoints up to 100 miles from the border and DHS has allowed local police departments to request border patrol drones. It would be naïve to believe that border patrol surveillance equipment won’t be turned on Americans going about their days.

The U.S. border is already a needlessly over-militarized region. Blackhawk helicopters, Predator B drones, and jets should not be a regular sight in a non-combat zone. This post-9/11 trend of ever increasing militarization and surveillance on the border should be halted, not accelerated.

President Trump made the border wall proposal one of his key campaign pledges, and today the wall is a symbol of the president’s immigration agenda. As such, the president’s opponents clearly benefit from ensuring the wall is never built. What they may offer instead of a physical wall, however, could end up being a disaster for Americans’ civil liberties.