Should We Simultaneously Make China More Powerful and Try to Contain It? 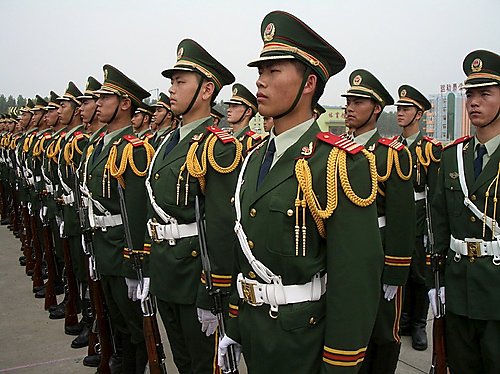 Robert Kagan and AEI’s Daniel Blumenthal have an op‐​ed in today’s Post criticizing President Obama’s policy on China. It contains the odd dualism in neoconservatism whereby neocons endorse contradictory assumptions about international politics, putting a logical inconsistency at the center of their argument.


First, Kagan and Blumenthal write that “China is behaving exactly as one would expect a great power to behave. As it has grown richer, China has used its wealth to build a stronger and more capable military. As its military power has grown, so have its ambitions.”


Then, however, Kagan and Blumenthal seem to endorse U.S. China policy over the past 30 years:

For decades, U.S. strategy toward China has had two complementary elements. The first was to bring China into the “family of nations” through engagement. The second was to make sure China did not become too dominant, through balancing…The strategy has been to give China a greater stake in peace, while maintaining a balance of power in the region favorable to democratic allies and American interests.

Except these two elements aren’t complementary at all. If the authors think that a wealthier China is naturally going to get more ambitious and more capable, and that these developments are contrary to U.S. interests, why would the authors endorse engagement, which has helped make China more wealthy? (Their language is imprecise, so it’s possible they do not.)


John Mearsheimer recognized this logical implication, and therefore in drawing up his theory of offensive realism wrote that “the United States has a profound interest in seeing Chinese economic growth slow considerably in the years ahead.” (This constitutes an example why Mearsheimer refers to the “tragedy of great power politics.”) There are not a lot of people making this argument openly, and there are a lot of people who’ve offered criticisms of it, but if you want to contain China, you really have to make it unless you resort to some very cute argumentation.


Instead of facing up to the contradiction, Washington has opted for cute argumentation, conceptualizing its China policy as “congagement,” that is, part containment and part engagement. This strategy involves making China richer and militarily more powerful, while hoping that the Seymour Martin Lipset story about economic growth facilitating the development of democracy comes true in China, and then the democratic peace is supposed to kick in, ensuring that we won’t go to war with China. To my mind, this is a very tenuous set of arguments: ultimately, I don’t think there’s much evidence we’re willing to grant China something like its own version of the Monroe Doctrine in East Asia, but at the same time we’re helping it get to a point where it’s more likely–and more capable–of pursuing this kind of influence.


I criticized this argument back in 2006 [.pdf] in The American Conservative, if anyone has interest. It would be good to hear more China hawks spell out their logic on this stuff, because the longer it goes unscrutinized, the more worrisome the implications of flouting the contradiction become.