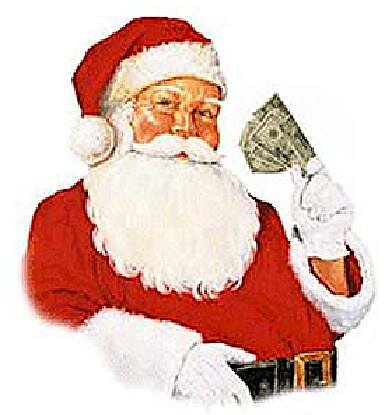 This morning, Sen. Tom Coburn (R-Okla.) issued a report detailing some of the more wasteful uses of taxpayer money by the federal government in 2008. (Read the report here.) By the time I was done reading, I felt physically nauseated. Any taxpayer with the slightest bit of concern as to how Washington blows money will likely feel the same. I won't go through the numerous examples in the report, but I do have to admit that the $15,000 in HUD Community Development Block Grants for a voice mail service for the homeless left this already cynical budget observer dumbfounded.

I was pleased to see that the report does an ample job of tying in the obvious examples of waste with the big-picture spending problem in Washington. It notes that outrageous spending is occurring "despite the fact that by the end of the fiscal year the federal government spent nearly $3 trillion, but racked up a $455 billion budget deficit — the largest in the nation’s history. If the surpluses from Social Security and Medicare are not included, the true federal deficit was $639 billion. The current national debt stands at more than $10.6 trillion, which must be repaid with interest."

Driving a substantial portion of the federal budget each year is the government’s social insurance programs: Medicare, Medicaid and Social Security. Estimates prepared by the Government Accountability Office (GAO) — the investigative arm of Congress — show that the projected cost to the government of paying for these programs in the future will be at least $52.7 trillion. More simply, every American currently owes at least $410,000 to pay for the commitments made by the government in these areas, though that figure is on the rise.

Frighteningly, the responsibility for heading off this looming fiscal disaster is in the hands of people who tossed $100,000 of taxpayer dollars at a study of American and Chinese video game habits.

The report's cover has a picture of Santa Claus with dollars in his hand. It immediately reminded me of one of Chris Edwards' favorite books: Congress as Santa Claus, which was written by constitutional scholar Charles Warren in 1932. Toward the end, Warren cites a paragraph from a book comparing ancient Rome with the U.S. that's worth reflecting upon:

Little by little, the State let itself be persuaded to do for each of its cities what it had done for Rome.... With a view to easing the misery of the urban proletariat, it took public works in hand in every direction, regardless of their utility. It distributed victuals free or at half price.... But all these schemes cost money.... The intensification of the evil was met by an increase in the dose of the very remedy which aggravated it — useless expenditure in the cities, ruinous taxes on agriculture. Matters went from worse to worse, until the system reached the limit of its elasticity, and the whole social fabric collapsed in a colossal catastrophe.  This is precisely the mistake which modern civilization must learn to avoid.