President‐​elect Trump’s pick for Secretary of Transportation, Elaine Chao, may provide some clues about his infrastructure policies. High‐​speed rail advocates have hoped that Trump will support their boondoggles, and his big talk about infrastructure spending as an economic stimulus has done nothing to dim those hopes. Chao may be leaning in that direction as well. 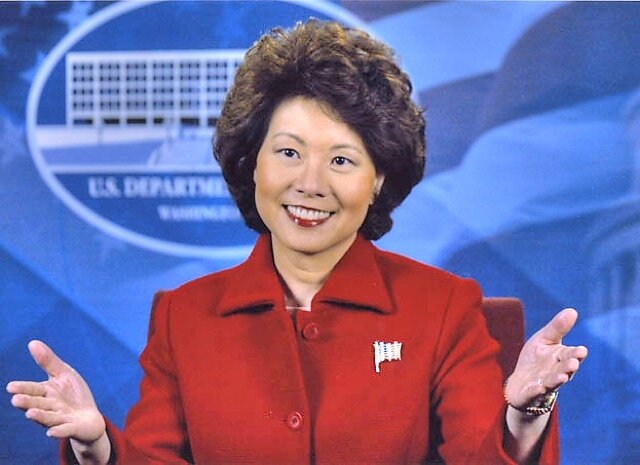 Chao was previously Secretary of Labor under George W. Bush, and prior to that served as Deputy Secretary of Transportation under George H.W. Bush. Born in Taiwan in 1953, Chao’s father was captain of a merchant marine vessal. In 1961, the family moved to the United States where her father started the Foremost Shipping Company, which now owns at least 15 ships.


Chao received a degree in economics from Mount Holyoke College in 1973 and an MBA from Harvard Business School in 1979. Just seven years later, she was made Deputy Administrator of the Maritime Administration in the Department of Transportation. Two years after that, she became chair of the Federal Maritime Commission, and Deputy Transportation Secretary a year after that. In 1993, she married Mitch McConnell.


As deputy transportation secretary, she let it be known that she thinks the United States has built about enough highways, and she has the respect of the heavily subsidized passenger rail industry. Thus, she may be inclined to support light rail, high‐​speed rail, and other transportation projects that many (including this writer) consider to be obsolete in today’s world.


Digging a hole in the ground, lining it with concrete, and filling it up could be considered “infrastructure,” but it won’t contribute much to the national economy. Transportation infrastructure adds to the nation’s gross domestic product only if it increases passenger travel and/​or freight shipments. Rail projects aimed at getting people out of cars, buses, and planes will actually reduce the nation’s GDP because they cost more than the forms of travel they are supposed to replace.


Meanwhile, much of the Interstate Highway System is at the end of its service life. Washington Metro recently announced it needs to spend $25 billion on “capital needs” (maintenance) over the next ten years to keep its trains going. The New York, Chicago, Philadelphia, Boston, San Francsico, and Atlanta transit systems have similar needs and similar budget shortfalls.