The Scream, from Oslo to Washington 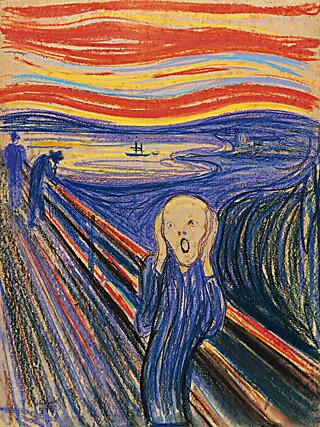 The Wall Street Journal reports that Edvard Munch’s famous painting “The Scream” will be auctioned for the first time ever on May 2. It’s been one of the most copied and parodied paintings in history:

The androgynous wraith grasping its cheeks in dread along an Oslo fiord, created by the Norwegian artist in 1895, is an unpredictable trophy with little precedent, famous as much for the pop‐​culture spinoffs and parodies it has generated as it is for its artistry. …


In recent decades, the skeletal figure has been reproduced everywhere from ice‐​cube trays to political posters. A symbol of universal angst, it graced the front of Time magazine’s 1961 “Guilt and Anxiety” issue. In more recent years, it has found new life as an ironic mash‐​up, suggested in the “Home Alone” scream and copied in a cartoon of Homer Simpson as the tortured Nordic soul.

The Journal includes many versions of Munch’s “Scream,” as well as many of
the parodies and spin‐​offs. Here’s Homer. They also showed Macaulay Culkin and Wes Craven’s Ghostface mask . But they left out this image from Cato University 2009. 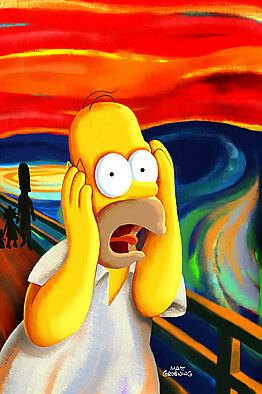 For Cato University 2012, with Sen. Rand Paul and five days’ worth of great scholars, click here.