Scaring Ourselves to Death over Impeachment

Richard Cohen’s latest column is sillier than usual, which is really saying something. (Hat tip to Jason Kuznicki, who sums up Cohen’s argument as “Trump is SO bad that we must not impeach him.”)


In purple, paid‐​by‐​the‐​metaphor prose, Cohen calls our 45th president “a dust storm of lies and diversions with the bellows of a bully and the greasy ethics of a street‐​corner hustler,” someone whose “possible crimes line up like boxcars being assembled for a freight train.” And yet, “we would impeach Trump at our peril.”


Why? Because the president’s hardcore supporters would view impeachment and removal as the reversal of a democratic election. Worse, some of them—possibly with Trump’s encouragement—might resort to violence. We could see “a lot of angry people causing a lot of mayhem” if Trump is impeached and removed for an offense falling “short of a triple ax murder,” Cohen warns. 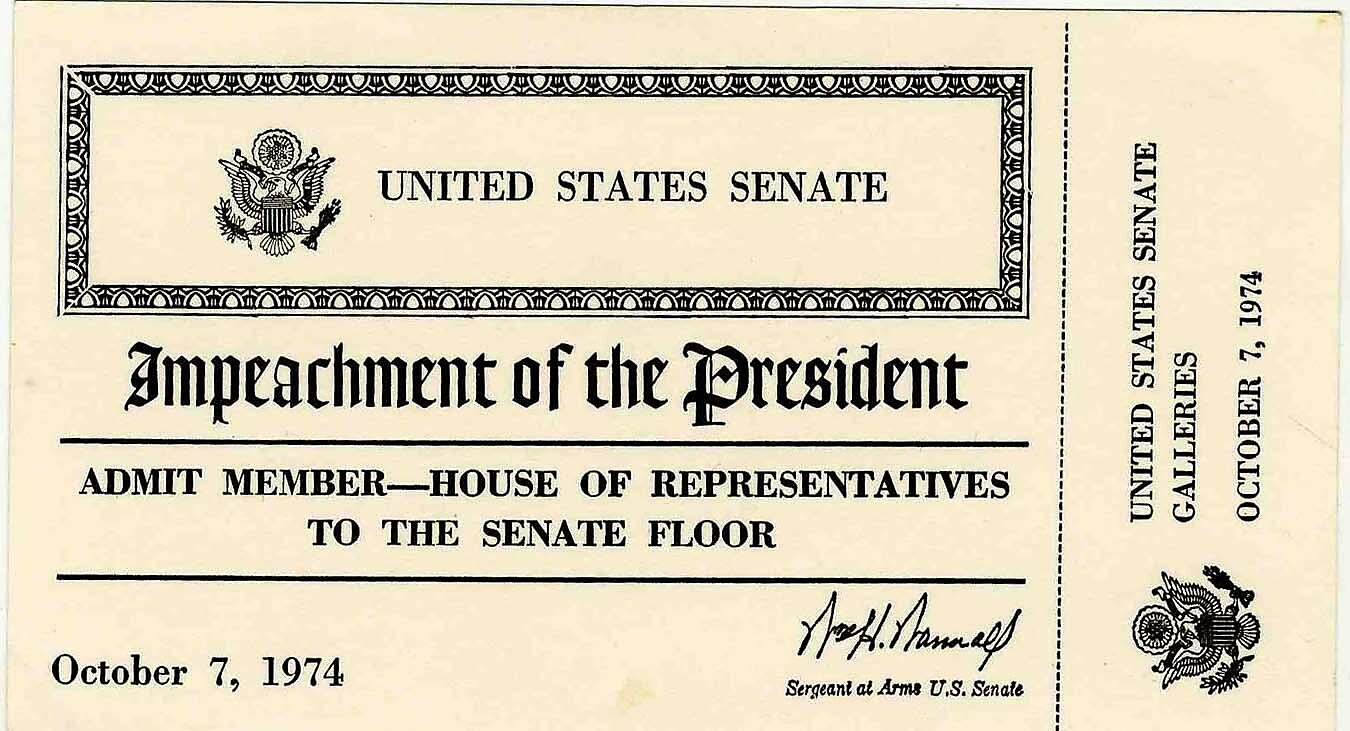 Put aside the notion—itself anti-democratic—that a violent minority should enjoy a sort of heckler’s veto on a legitimate constitutional process: Cohen’s vision of Weimar‐​era street brawls is almost certainly overblown. The political science blog hosted by Cohen’s own paper recently poured some cold water on the Trumpist‐​insurrection scenario here.


Still, Cohen’s trepidation about any impeachment effort—even against a president he believes wholly corrupt and dangerous—is all too common. What other constitutional provision is considered so near‐​blasphemous to merit its own sanitized euphemism? Treason’s a big deal, but you don’t hear people calling it the “’T’-word.”


Yet on the rare occasions that the “‘I’-word” becomes a live issue—once a generation at best—the commentariat adopts a funereal tone, insisting that such a dire remedy should only be approached in fear and trembling. We can be almost certain that something horrible will happen.


It’s not just workaday columnists, but leading constitutional scholars who hyperbolize about impeachment. Charles Black, in his classic 1973 primer Impeachment: A Handbook, writes of the “the dreadfulness of the step of removal… the deep wounding such a step must inflict on the country.” It should, Black wrote, be looked on as “high‐​risk major surgery.” Actually, it’s a “constitutional nuclear weapon,” legal scholar Ronald Dworkin argued during the Clinton affair, to be used only in the “gravest emergencies,” lest it “shatter the most fundamental principles of our constitutional structure.”


More recently, Lawfare’s Jane Chong wrote a valuable essay on impeachment’s scope, in which she warns that “when the president has proven himself unfit for the office,” shrinking from removal “is no less a partisan dereliction of duty than unduly clamoring for [it].” But, she insists, impeachment is “nothing to celebrate and no better than a crime against our collective vessel, an act of barratry, when pursued for the wrong reasons…. It also involves a measure of violence from which our constitutional democracy can only slowly and by no means inevitably recover.”


Is impeachment really as grave as all that?

To be sure, you can find some of the Framers waxing solemn and sober about it: in Federalist 65, Hamilton writes of “the awful discretion, which a court of impeachments must necessarily have, to doom [the accused] to honor or to infamy.” He also believed that discretion to be necessary, periodically, as “an essential check in the hands of [the legislative] body upon the encroachments of the executive.”

Other Framers weren’t quite so dramatic. At the Philadelphia Convention, Massachusetts’ Eldridge Gerry insisted: “A good magistrate will not fear [impeachments]. A bad one ought to be kept in fear of them.” North Carolina’s Hugh Williamson thought there was “more danger of too much lenity than of too much rigour towards the President.” He was more right than he knew.

Contemporary impeachment‐​phobia seems to rest on two related notions. The first is one Cohen gropes for: that there’s something democratically illegitimate—even coup-like—about removing a duly elected chief executive before his term is up. The second reflects a fear that removal is uniquely destabilizing. Neither idea is particularly persuasive.

There’s no denying that impeachment is in tension with pure democracy. Like other features of our system—judicial review, for example—it’s counter‐​majoritarian. In fact, the Framers, with their healthy fear of demagogues, made it possible not only to eject, but disqualify them from any future “Office of honor, Trust or Profit under the United States,” permanently barring the election of figures popular enough to win, but too dangerous to be trusted with power.

But impeachment isn’t a “coup”: It’s a lawful, “indispensable” method for “displacing an unfit magistrate” when necessary. And it doesn’t “reverse an election.” The 12th and 25th Amendments have all but ensured that any president who’s removed will be replaced by a member of his own party and usually his own ticket. In the as‐​yet unlikely event of Donald Trump’s impeachment and removal, he’d be replaced by his hand‐​picked, lawfully elected running mate, Mike Pence. Some “coup.”

Nor is there much evidence for the fear that impeachment attempts court “constitutional crisis” and threaten to upend or “shatter” our constitutional structure. In his testimony opposing the Clinton impeachment, Lawrence Tribe described the remedy as “truly the political equivalent of capital punishment,” “empowering the Congress essentially to decapitate the executive branch in a single stroke.” Cass Sunstein warned that, given the presidency’s growth in power and importance, “the great risk of the impeachment mechanism is that it is destabilizing in a way that threatens to punish the Nation as much as, or perhaps far more than, the President himself. Since the purpose of impeachment is not to punish officials but to protect the Nation, this is a cruel irony.”

Of the two, Sunstein has remained admirably consistent and cautious into the Trump years; Tribe is now ready to man the guillotine himself. But our all‐​too‐​rare experience with presidential impeachment suggests their fears were overblown. The post‐​Watergate “crisis of confidence” in our institutions was actually good for us: it led to new checks and scrutiny on executive abuse. Weakening the presidency only “punish[es] the Nation” if you’re convinced eight decades of executive branch metastasization hasn’t gone far enough. Besides, the attempt to oust Clinton didn’t weaken the presidency in any way you’d notice (more’s the pity). The principal effect it seems to have had on executive power was forging a consensus to let the independent counsel statute lapse. Nor was the episode particularly destabilizing; late‐​90s prosperity rolled on, and the markets barely noticed it was happening.

A better argument for not impeaching any misbehaving president too eagerly is that we may only get one bite at the apple. As the legal scholar Michael Gerhardt warns: “if not done properly the first time, you might not get a second chance.” The constitutional structure makes it that difficult: “The framers set the bar appropriately high,” Cohen writes, “a majority of the House, two‐​thirds of the Senate—so high, in fact, that it has never happened.” But is “never” (or once, if you count Nixon) in 230 years the correct rate of presidential removals? If not, you might be forgiven for wondering if they set the bar too high. In any case, when we conjure up specters of wounded democracy and constitutional collapse, we make it harder than it needs to be.

And there’s a cost to never, or almost never, invoking the remedy. Princeton’s Keith Whittington writes that “If Congress tolerates officers who commit high crimes and misdemeanors, it sends a signal to other officers that those crimes are not beyond the pale.” Tolerate bad behavior, you’ll get more of it. Right now, that seems at least as worthy a concern as the fear that we’ll resort to impeachment too frequently.