Back when Russia was turning off the spigots to pipelines running through Ukraine, Official Washington was in a panic. Just a few years after the Orange Revolution was supposed to have heralded a new era of freedom and democracy in Ukraine, Russia was using its economic muscle to stifle the growth of that freedom because of the threat it felt a democratic Ukraine posed to the Putin regime’s grip on power. It was a lot like the “democratic dominoes” argument the neoconservatives deployed in promoting the Iraq war.


As Washington Post editorialist Jackson Diehl stated the case in 2007,

Putin sees the fragile new democracy in Ukraine, and an allied government in the tiny Black Sea nation of Georgia, as dire threats. If Western‐​style freedom consolidates and spreads in the former Soviet republics of Eastern Europe, his own undemocratic regime will be isolated and undermined. What’s more, Ukraine and its neighbors are likely to integrate with Europe rather than remaining economic and political vassals of Russia.

Secretary of State Rice warned that Russia’s behavior on energy constituted “politically motivated efforts to constrain energy supply to Ukraine” as punishment for the former Soviet republic’s pro‐​Western orientation. In short, the argument was that Ukrainian democracy → threat to the Russian regime → Russian gas cutoffs.


Others argued that Russia’s increasingly nasty behavior was less about the internal political contours of its neighbors and more about power politics and making sure the neighbors would be compliant with Russian interests, much like the United States has sought in the Western Hemisphere since at least the Monroe Doctrine. 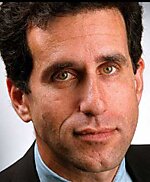 
So if fear of democracy and liberalism were driving Russia’s behavior back then, then what is causing the current cutoff dispute with non‐​democratic and unfriendly‐​to‐​Washington Belarus? It’s radio silence from most of Washington, with a notable exception: the exquisitely Russophobic Washington Post op‐​ed page. Fred Hiatt and the Gang are sticking to their story, offering the ridiculous argument earlier this week that in fact Moscow was acting to suppress Belarusian dictator Aleksandr Lukashenko’s incipient liberalism, which was evinced by Lukashenko’s having “released a few political prisoners” and “refusing to recognize the two puppet states that Moscow is backing in Georgia.”


A less ornate explanation would be that perhaps Russia is more fixated on material factors and less on ideology.