I have been following the reporting out of Egypt with the same interest as other onlookers, and I share their ignorance. I know very little about Egypt and do not feel competent to offer predictions, much less advocate for one or the other position on the questions posed to the United States by events in that country.


While the events themselves are exhilarating to watch, of equal interest to me has been the parade of American commentators who know nothing about Egypt but nonetheless have been providing copious commentary on the subject. I thought Andrew Exum’s lament on this phenomenon was particularly righteous. Watching cable news, Exum reports that he was:

absolutely stunned by the willingness of the show’s guests to opine about Egypt without having any actual experience in or expertise on Egypt or the broader Middle East. Is it really that tough to say, “Hey, that’s a great question, Joe, but I am not really the best guy to give the viewers at home a good answer?”


Instead, guest after guest — most of whom are specialists in or pundits on U.S. domestic politics — made these broad, ridiculously sweeping statements about the meaning and direction of the protests.

It is in this context that Ross Douthat continues his war against those who make their foreign policy theories explicit: 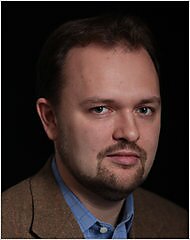 
The long‐​term consequences of a more populist and nationalistic Egypt might be better for the United States than the stasis of the Mubarak era, and the terrorism that it helped inspire. But then again they might be worse. There are devils behind every door.


Americans don’t like to admit this. We take refuge in foreign policy systems: liberal internationalism or realpolitik, neoconservatism or noninterventionism. We have theories, and expect the facts to fall into line behind them. Support democracy, and stability will take care of itself. Don’t meddle, and nobody will meddle with you. International institutions will keep the peace. No, balance‐​of‐​power politics will do it.


But history makes fools of us all…


Sooner or later, the theories always fail. The world is too complicated for them, and too tragic. History has its upward arcs, but most crises require weighing unknowns against unknowns, and choosing between competing evils.

The fact that theories are imperfect does not make them any less necessary. We take refuge in foreign policy theories because there is no alternative. As Ben Friedman pointed out in responding to Douthat previously, it is impossible to have foreign policies without foreign‐​policy theories. The same goes for economics, domestic politics, and a whole range of human behavior. People take (or oppose) various actions based on their expectations about what outcomes the actions will (or will not) produce. Whether people are conscious of it or not, our expectations are products of our theories. People disagree about which theories are good and which are bad, but we all have them.