Robert Kaplan Is Not Making Sense 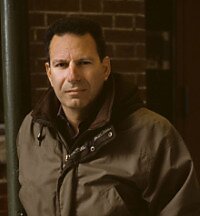 The main article in Sunday's Washington Post Outlook section was an essay by Robert Kaplan titled "A World with No One in Charge."  Kaplan has traveled much more widely than he has read, and this essay demonstrates that fact in spades.  The article is rife with internal contradiction and errant theorizing, to the point of bordering on the psychedelic.

The thesis is basically a rehash of "The Coming Anarchy," Kaplan's 1994 article warning that Western strategists needed to start concerning themselves with “what is occurring . . . throughout West Africa and much of the underdeveloped world: the withering away of central governments, the rise of tribal and regional domains, the unchecked spread of disease, and the growing pervasiveness of war.” Kaplan went on to warn, “The coming upheaval, in which foreign embassies are shut down, states collapse, and contact with the outside world takes place through dangerous, disease-ridden coastal trading posts, will loom large in the century we are entering."

The center of gravity in Kaplan's work, from Coming Anarchy through this piece, is that the natural state of the world is swirling chaos, and the only thing preventing the sorts of horrors discussed in the paragraph above is empire, be it Roman, British, or American.  Now Kaplan warns us that America is in slow-mo decline, and consequently our "ability to bring a modicum of order to the world is simply fading in slow motion."  So probably you'd better strap a helmet on and get ready.

Maybe it's best to take the odd assertions in the piece one by one.  First, Kaplan notes that the first Gulf War was a consequence of the end of the Cold War.  "[I]t is inconceivable that the United States would have invaded Iraq if the Soviet Union, a staunch patron of Baghdad, still existed in 2003."  He doesn't spell out exactly why it is inconceivable, but we probably ought to acknowledge the decade-long war that took place right in the middle of the Cold War that cost almost 60,000 American lives and made a wreckage of our domestic politics.  We managed to get that one started even before the Soviet Union was really headed down the toilet.

Kaplan knows enough international relations jargon to be dangerous, but only just enough.  Take, for example, this paragraph:

Husbanding our power in an effort to slow America's decline in a post-Iraq and post-Afghanistan world would mean avoiding debilitating land entanglements and focusing instead on being more of an offshore balancer: that is, lurking with our air and sea forces over the horizon, intervening only when outrages are committed that unquestionably threaten our allies and world order in general. While this may be in America's interest, the very signaling of such an aloof intention may encourage regional bullies, given that rogue regimes are the organizing principles for some pivotal parts of the world.

Offshore balancing means something, and it's not what Kaplan says it is.  In general, as the term has been used for decades in the IR literature, offshore balancing would entail a "balancer of last resort" strategy [.pdf], whereby the United States would rely on local balances of power unless another state threatened to consolidate control of Eurasia or Northeast Asia (or possibly the Persian Gulf), becoming a regional hegemon in one of those regions like the United States is in the Western Hemisphere.  But Kaplan's identification of "offshore balancing" as entailing coming to the defense of all the allies we've accumulated over the past 65 years would entail not offshore balancing but a strategy of dominating every major industrialized region of the world.  If we tell NATO members, Japan, South Korea, Israel, et al that we identify our own security interests with theirs (and sometimes allow them to dictate our definition of our interests), they have every incentive to shirk, allowing us to become the balancer of first, not last, resort.  That's not what the term offshore balancing means, and it's certainly not "offshore."

Moreover, I thought we'd gotten beyond the whole "America is in decline" shtick, but I guess not.  Kaplan is judicious on this subject at times throughout the essay, allowing that "there will be no sudden breakdown on our part," and that "the United States still dominates the seas and the air and will do so for years ahead," but we're told that "the post-imperial order we inhabit allows for greater disruptions than the Cold War ever permitted."

This is just nuts.  Every empirical study of the topic of which I am aware (try here) shows that interstate, and in many cases intrastate violence has steadily and consistently declined.  Despite this, as early as 1994, skeptics like John Mueller had begun noticing that the Beltway foreign-policy establishment (of which Kaplan is a member) had concluded that the threat environment had grown worse, not better, since the end of the cold war.  As Mueller remarked at the time [.pdf], in order to arrive at this belief, “the past has been simplified, a Eurocentric bias has been introduced, definitions have changed, standards have been raised, and problems previously considered to be comparatively minor have been elevated in perceived importance.”

I've probably taken enough of your time, but one last point bears mentioning: Kaplan warns that although "Americans rightly lack an imperial mentality...lessening our engagement with the world would have devastating consequences for humanity.  The disruptions we witness today are but a taste of what is to come should our country flinch from its international responsibilities."  To be sure, different sorts of conflicts, different balances of power could well emerge in the absence of Kaplan's American empire, but two questions present themselves.  First, what about the devastation America has wrought on various parts of the world under the current unipolar system?  The "war on terror" is only one example of the phenomenon, but it bears examining the "debit" side of the empire ledger as well.  Second, what is Kaplan's theory about how other countries interact?  It's not stated, but it sounds like he believes the rest of the world--including most importantly America's current allies--are like infants waiting to be devoured by the bears that will come out of the woods if we scale back our international involvement.  Why should we believe that countries like Japan, South Korea, and America's European allies wouldn't (couldn't?) do more if it became necessary in the absence of an American military commitment?  What will happen?

Actually, one final point.  In their book on lobbying and policy change, Frank R. Baumgartner and his coauthors write that defending the status quo is the easiest position for lobbyists (and presumably other policy advocates), and that “one particularly useful tactic was simply to sow doubt about any proposals for change: it might cost more than proponents say; it might not work as intended; any tinkering with the existing policy might have serious unintended consequences given the complexity of the policies already in place."  This is so commonly the case with defenders of the foreign-policy status quo that it really stuck with me.  We have to evaluate these same claims about the implications of a prospective policy change as they might apply to the status quo.  Probably there are various cognitive factors at work here, but at the very least we need to dig much more deeply into the theories that underlay our various policy prescriptions to get at anything worth debating.  Which, of course, happens almost never here in Washington.