That’s the argument Ben Friedman and I made in our “Think Again” piece for Foreign Policy magazine. Our point there was that someone reading newspapers and watching television would think that Secretary Gates was some sort of transformational figure who took hold of a boneheaded grand strategy, two failing wars, and one broken bureaucracy and made them into successes. We argued that this description, which one finds almost everywhere one finds the secretary’s name, is wrong. (For responses to some of the critiques of our piece, Ben has a post up at The Skeptics.) 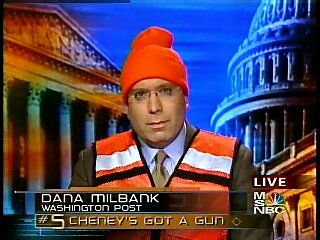 
Over the weekend Dana Milbank authored a column demonstrating the tendency to represent Gates as something of a messiah. He does so by juxtaposing…Sarah Palin’s and Robert Gates’s current tours, which show a stark contrast in “hubris and humility,” respectively:

The week’s dueling tours of Gates and Palin show the best and worst in American public life. Both call themselves Republicans, but he comes from the best tradition of service while she is a study in selfishness. He’s self‐​effacing; she’s self‐​aggrandizing. He harmonized American foreign policy; she put bull’s-eyes on Democratic congressional districts and then howled about “blood libel.”

Milbank then offers the usual laundry list of Gates’s accomplishments. He

set a new standard for honesty when, at his confirmation hearing in 2006, he admitted that the United States was not winning in Iraq. At the Pentagon, he brought new openness: He ended the gag order banning coverage of flag‐​draped caskets at Dover Air Force Base. He hired a journalist, Geoff Morrell, to repair press relations. He penned personal notes to families of fallen soldiers and attended funerals.


Gates brought new accountability, firing top officials over the outrages at Walter Reed Army Medical Center and the mishandling of nuclear weapons. He fought with Congress and the military bureaucracy to redirect funds toward troop protection. His championing of mine‐​resistant vehicles saved countless lives, and his push for better Medevac in Afghanistan cut the average time‐​to‐​hospital for wounded soldiers to 40 minutes from 100.


His unusual frankness continued right into his farewell tour. During his trip, he affirmed that “everything is on the table” for defense spending cuts, spoke in detail about disputes with China, discussed shortcomings in Afghanistan and acknowledged his disagreement with Obama’s decision to attack Libya.

Ben and I examine almost every one of those plaudits in our article, and even granting that many of them were indeed successes, we argue that Gates’s legacy far outstrips his actual accomplishments.


For our take on Gates’ tenure as secretary of defense, go here. Also, Chris Preble had an op‐​ed in today’s Defense News on Gates’s record, available here.